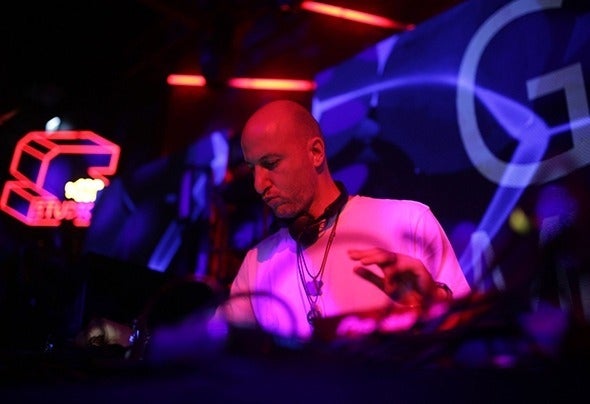 A long-time favorite in his native country, Gadi Mitrani has been representing the Turkish underground with esteem since he first burst onto the scene over 15 years ago. A unique and prodigious talent, Mitrani’s ceaseless love for all things electronic music has led to some of the scene’s most hallowed and celebrated dancefloors. A true visionary, he was one of the first to notice the potential of Turkey’s electronic music scene. Famed for his signature melodic sets, Gadi is a DJ notable for his versatility and a man who’s more than able to chop it up with the best of them. In 2015 he debuted on Kompakt KX courtesy of ‘Key of Stillness’, a suitably momentous cut that introduced him to a whole new audience and duly elevated his status within the global electronic music process. Supported by well-known DJs such as John Digweed,Hernan Cattaneo, Lee Burridge, Behrouz, Guy Mantzur, Nick Warren, and more, it’s a true gem in a discography that’s littered with highlights. The last few years have been equally fruitful for Gadi. Now a firm fixture in some of the globe’s best-known labels, he’s repped everyone from Pablo Bolivar’s Seven Villas, Lee Burridge & Hoj’s Tale & Tone to Guy Mantzur’s Plattenbank to Hernan Cattaneo's Sudbeat over past while. Production duties aside, Gadi has also shared the stage with the likes of Guy J, &Me, Michael Mayer, Guy Mantzur, Patrice Baumel, Rampa ,Jeremy Olander , Roy Rosenfeld & SIS, In addition to the latter list, he’s also rocked stages recently in Burning Man Robot Heart, Incendia Dome sharing the booth with Hernan Cattaneo, Ibiza as well as at Off Sonar and proof if needed that this is a man currently on a erce upward trajectory. With releases in store for the likes of the aforementioned Hernan Cattaneo’s Sudbeat ,Lee Burridge's Tale and Tone numerous other exciting remixes and releases in the pipeline, Gadi Mitrani is a name you’re sure to be hearing a lot more from over the past while.