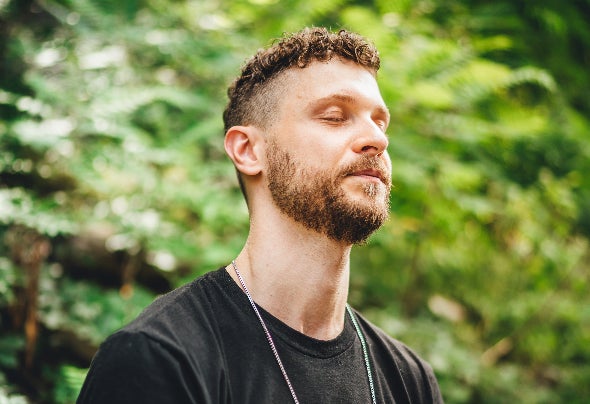 What is it that attracts us to electronic music? It’s the warmth of the bass, the groove of the drums, the hypnotic melodies and lush soundscapes, but also how it helps us to connect. Connect to the sound, to each other, and to ourselves. That’s what drives him forward. He creates music to inspire connection, and puts his heart and soul in to all of his productions and sets. Since first being exposed to Trance music in the early 2000’s with labels like Anjunabeats, A State of Trance, and In Search Of Sunrise, he began soaking up as much dance music as he could. A few years later he discovered a more “techy” sound – labels like Cocoon Recordings, Hot Creations, and Crosstown Rebels were a huge influence. Naturally, his love for these two styles of music along with lots of experimentation along the way, slowly began fusing together to create his own distinct sound. He has performed at a variety of clubs such as Era, City at Night and Flybar in Ottawa, and Circus, Newspeak, and Nhau bar in Montreal. His releases over the years span a multitude of genres – from Trance and Psytrance to Techno, Progressive House, and Deep House. His sound defies genres and doesn’t try to imitate anyone; rather it is purely an expression of the ideas that flow from his creativity. Tyler Mesa is the next phase in his music career, having spent the prior 10 years under the “Tydal” alias. A new beginning so to speak, representing the culmination of tireless dedication and experimentation until finding a sound that truly resonated: Uplifting – Atmospheric – Introspective – Progressive