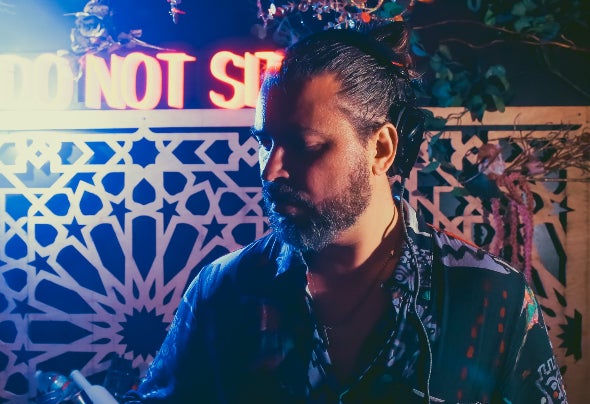 David Orin has been a key figure in New York’s surging deep and melodic scene for years, and is venturing onto the international radar through a series of productions dripping in distinct quality. With David’s patent blend of rhythmic percussion and intricate melodies, it’s no surprise he’s received regular support from the likes of Lee Burridge, Hernan Cattaneo, Joris Voorn, Kora, Milo Häfliger & Nick Warren. Orin’s momentous Antemeridian, the debut release for Kora’s label Saisons, set his journey in motion with a soaring reception in 2018. A flow of delectable remixes soon followed for artists such as Esteble, Nacho Varela & Cruz Vittor, building upon David’s foundation of melodic mastery with each passing release. In 2020, David Orin joined the enigmatic All Day I Dream roster with his release of ‘Un Autre Monde’, signaling a career defining moment for the New Yorker. As heads continued to turn, Orin propelled his ascent with a set of sumptuous projects; His debut on Anjunadeep, Arctic, caught the ear with fluttering arpeggios and metallic synths, while a groove-centric collaboration with Wassu on When We Dip XYZ, Magenta, flew up the charts. As the world rejuvenates after a long slumber, Orin is at the helm of a new wave in deep house. Harnessing true homage to the timeless character of analog-tinged 4×4 beats, while constantly innovating towards untouched realms of modern techniques, David Orin’s explorations in the studio are unrelenting. With upcoming projects on Seven Villas and When We Dip XYZ as well as a follow up on All Day I Dream this year, the journey has only just begun.