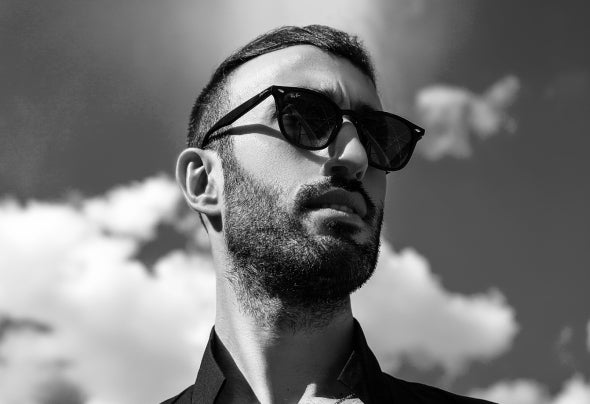 From the hotbed of talent that has risen out of the Middle East, Shai T’s star burns brightly in the dance music firmament. At the cutting edge of the underground scene with a unique sonic palette and an ability to harness the full gamut of genres, from deep, tech and progressive house, to forays into techno and electronica, Shai’s music paints a vivid picture of refined natural talent. Operating out of his Tel Aviv home, Shai began his musical voyage at a young age, as A multi-instrumentalist and accomplished performer, music had always been an overriding passion for the Israeli star and a guiding force on his career trajectory, almost “like the universe pushed me there…”. Consequently, Shai quickly found himself performing across the local scene as a headline DJ for the city’s leading nightclubs. As his talent became widely recognised, DJ performances have extended far beyond Israeli borders as Shai became a renowned international artist performing at a host of world-famous venues. Thus, global performances across the continents have seen Shai T’s talents behind the decks sparkle in a career that continues to gather pace on a steep upwards trajectory, supported by an ever-growing legion of fans. In tandem, a production career has witnessed a growing evolution of the Shai T sound that has seen him a first choice for booking agents and leading record labels alike. With a decade’s worth of commercial releases under his belt, 2018 became a catalyst for a rise to greater prominence with an appearance on the number 1 best-selling “Summer Sol” series via the aptly titled “Believe”. Shining the spotlight firmly on Shai, the track was a notable highlight for the highly influential and successful Sol Selectas imprint. Since then, appearances on All Day I Dream, Anjunadeep, Lost Miracle and TRYBESof have all catapulted Shai T to the attention of the underground music fraternity with an immaculate blend of intricate rhythms, flowing melodic lines and organic sounds. Top 10 Beatport hits have followed with the deep house vibes of Shai T’s “Our Time” on All Day I Dream and the 2020 melodic house gem, “Where the Heart is” for Lost Miracle. Sitting proudly in the top 10 Beatport Organic House artist rankings in the latter half of 2020 – Shai T’s foray into the newly emerging genre has seen him create a tidal wave of success. Indeed, “Illusions” for the blue-chip, Do Not Sit On The Furniture has dominated the Beatport Organic House charts sitting at number one for the entire month of September 2020. Continuing to lead from the front in an unprecedented and challenging time for the music industry, Shai T’s undoubted talent finds him establishing a host of new and exciting projects over the coming months. Passion, talent and technique place Shai as a continued and growing force in the world of underground dance music as he weaves a magical sonic tapestry of powerful storytelling and aural splendour.