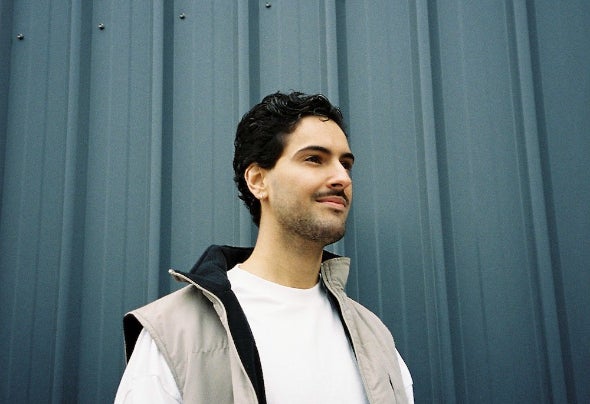 One of Australia’s budding new exports, Luke Alessi, is a relative newcomer to the moodier Australian house & techno scene, but no stranger to creating music that moves dance floors. As he finds his groove Luke Alessi is quickly making a name for himself at home and overseas with his unique approach that beholds an enchanting storytelling nature. Transitioning from a darker melodic-techno background, Luke has been developing his sound palette that sits in between house & techno, with warm melodies and afro grooves which bring more life than darkness to his records. Since the projects inception in 2018 Luke Alessi has received nods of praise from leading producers both locally and internationally, initially sparked by his remix of Lastlings ‘Déjà Vu’ that gained support from the likes of Black Coffee and RÜFÜS DU SOL and carried through to prominent releases on Oliver Koletzki’s A Tribe Called Kotori imprint, and Sabb’s label RADIANT. Despite the uncertainty of 2020 a consistent run of releases became the norm for Luke Alessi, starting with his ‘I Just Wanted To Tell You’/’Moving’ 2-tracker on Swiss label RADIANT (Sabb, Black Circle and OXIA), and followed by debut releases on A Tribe Called Kotori and California’s Desert Heart Black. Luke Alessi remixes came for Made in Paris, GNTN, Zola Blood and Squire, with the latter seeing his first release on respected German label Mobilee - his best yet pairing up with UK greats Stereo MC's. After hearing their vocals across a handful of contemporary dance music productions by the likes of Adam Port and Re:You, Luke Alessi reached out on a whim to Rob & Nick of Stereo MC's to see if they'd be open to laying their vocals on the instrumental that became 'Matter'. The rest is history and with the single receiving early support from Pete Tong, RÜFÜS DU SOL, Rodriguez Jnr., Blond:ish and Animal Trainer, it's looking bright for Luke Alessi. Striving to create music that’s designed to take you somewhere else, even if just momentarily, there’s a lot in store for this young Melbourne producer. Stay tuned.