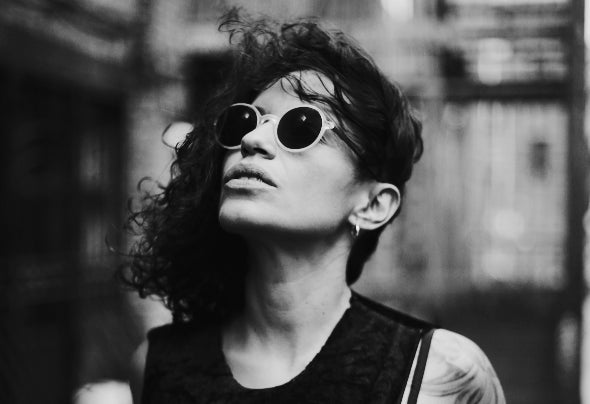 Born in Brazil, Joyce Muniz has been a fixture on the Viennese club scene since the 90s - at that time with a residency at the legendary Flex Club, today with a regular radio show on FM4 in Austria and Rinse FM in the UK. Actually, Joyce comes from singing and accordingly has a broad approach to music. This is not only reflected in her DJ sets, but also in her productions and the list of her collaborations: giants of the club scene such as Maya Jane Coles, Claptone, Anabel Englund, The Jungle Brother’s legendary Bam, Richard Dorfmeister, Tosca, DJ Hell, Steve Bug & Little Boots, have already teamed up with Joyce. Her highly acclaimed debut album "Made in Vienna" (published in 2016 on trendy Berlin label Exploited) was followed by several tours through the USA, Brazil, Asia and all of Europe. Requests for remixes from pop star Paul Simon on Sony Music and bossa-nova queen Bebel Gilberto on PIAS as well as collaborations with instrument manufacturer Native Instruments and the leading DJ - Music portal Beatport came in. Even during the pandemic, Joyce was busy and, among other things, was a guest at live streams from Burning Man, Desert Hearts, DJ Mag, Mixmag, Beatport to Schönbrunn Palace (where Wolfgang Amadeus gave his first concert). Her music has been released on respected dance labels including K7!, Permanent Vacation, Desert Hearts, Get Physical, Exploited, Poker flat, Gigolo, Pets Recordings.