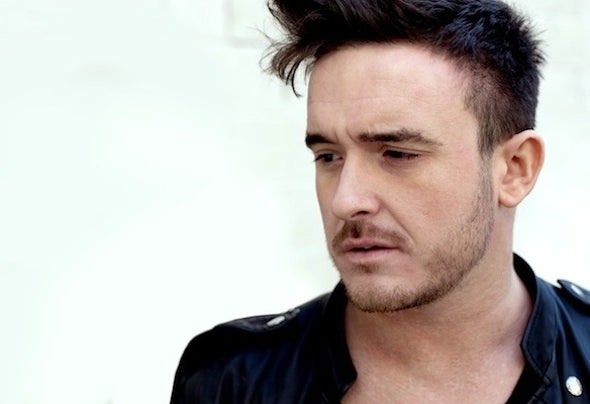 In a current musical climate where originality can often be overtaken by the mundane and regular, Matt Tolfrey’s tireless devotion and relentless energy have taken him to a point where he is beginning to shape the musical world around him. Labels of the calibre of the legendary Classic Records and 1Trax now approach him to launch their compilation series, and through his own family of labels – Leftroom and its sister imprints Leftroom Ltd and Left’d, plus the edits label Foot and Mouth – he launches his own productions and musical tastes upon the scene. Matt’s inherent instinct for future classics have seen seasoned names such as Jamie Jones, Glimpse and Lee Curtiss all grace the label’s back catalogue. As the Leftroom stable hits maturity after 5 years, it is also now responsible for developing the likes of Laura Jones and Waifs & Strays and, in doing so, helping to launch the careers of tomorrow’s hot new house generation.Having firmly consolidated his place at the top of the electronic pile as a producer/DJ of global renown, Matt now approaches the final moments of 2011 with many exciting new projects appearing on next year’s morning horizon. Spring 2012 will see the release of Matt’s highly-anticipated debut artist album on Leftroom entitled, ‘Word of Mouth,’ which has an interesting story behind its concept. ‘I cannot play the piano and I am not professionally trained in any way musically, but through years of DJing I know exactly what I like, and I have great tracks in my head that need to get out. While searching the Internet for alternate ideas of making music, I came across some amazing new software that enables you to simply sing or hum into a mic, which then translates into midi notes, which you then use as the basis of your tracks. In essence, it means that while I am walking the streets, or away travelling, and I come up with an idea for a bassline, or a melody, I can simply record it into my phone, then when I return home, sing it into the computer. In other words, in theory the album is going to be written with my mouth, not my fingers, and realised with the help of guest vocalists - hence the name ‘Word Of Mouth’, Matt explains. The fact that the resurgent Classic imprint, which also happens to be one of Matt’s all-time favourite labels, have enlisted him for the first instalment of their brand new mix concept ‘Classic Through The Eyes Of…’, speaks volumes for Matt’s standing in the house and techno fraternity. Each artist gets full use of the whole back catalogue and any edits and remixes exclusively done for the mix will also come out on a sampler, to coincide with the compilation. Exactly which two tracks Matt has chosen to remix is still being tightly kept under wraps. 2012 opens with a clutch of 12”s and remixes – ‘LAX’ on Culprit with Lazaro Casanova and a track on Leftroom’s Collaborations EP. Matt’s highly sought-after remix dexterity sees him re-work the Silicone Soul classic ‘Right On, Right On’ on Soma, and there is a further remix of Martin Dawson and Glimpse’s ‘Wildlife’ on Leftroom with Sam Russo. Celebrating a Leftroom half-decade, ringleader Matt has rolled out the 5 Years of Leftroom birthday celebration tour, accompanied by the label’s leading lights and friends, with gigs all over Europe and the US. Aggregating stellar and breakthrough names such as Craig Richards, Seth Troxler, Inxec, Maya-Jane Coles, Waifs and Strays, Glimpse, Ryan Elliott, Kate Simko, Jozif and Laura Jones under the Leftroom Sessions party banner, it is safe to say that 2011 marked the coming of age of his imprint.