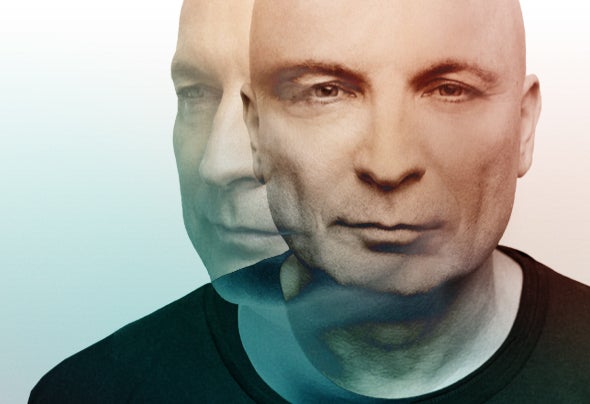 Italian DJ / Producer, Stefano Noferini is main protagonist of international house music scene. His productions consistently rock dancefloors around the world and he regularly DJs in the world’s best clubs. He hosts a global dance radio show as well as running highly respected house label, Deeperfect Records; this is an artist with house music running through his veins, and he shows no signs of slowing. His productions cross genres and are found in the record boxes of dance music’s biggest names, from Paul Van Dyk to Richie Hawtin, from Carl Cox to David Guetta and From Mark Knight to Fat Boy Slim. As a producer, Stefano’s tracks have been snapped up by some of the world’s leading house music labels, such as Stealth Records, Toolroom, Skint, Spinnin and CR2. 2010 saw him revisiting the tribal influences of his past as he stepped up a gear with a series of big releases. ‘The Sun’ EP was released to great acclaim on Toolroom Records and Stefano went on to top the Beatport main chart with ‘Mama’ on Spinnin Records and ‘Burajava’, again on Toolroom. More Beatport top 10 successes included ‘It’s War’, Ghuroom’ and ‘Maky’, however perhaps his biggest production of the year was ‘Push ‘n’ Pull’, a collaboration with Matteo Marini and Sylvia Tosun, which soared to #1 in the US Billboard Dance Chart.As a remixer, the Noferini touch is in high demand. After remixing such luminaries as Masters At Work and Robbie Rivera, Stefano has been busy remixing artists including Bingo Player, John Dahlback, X-press 2, Wally Lopez, Dave Aude, Jerry Ropero & Dennis the Menace and for such respected labels as Stealth, Nervous, King St, Toolroom, Loaded, Seamless, Skint, Vendetta and many more, 2010 was also a big year for Stefano as a DJ. Named as Beatport’s ‘Breakout Artist of 2010’ at the Winter Music Conference in Miami, he went on to play at Space Miami, before embarking on a year of massive gigs at legendary clubs such as Warehouse in Tokyo, Ministry of Sound in London and Space Ibiza (where he played the infamous Space opening party, before returning to the terrace a further 5 times for ‘Monday Calling’). Stefano has provided the festival soundtrack at events including Tribal Gathering, Energy, May Day, Love Parade and Euro Festival, as well as travelling the globe to far flung destinations such as Dubai, Slovenia, Portugal, Hong Kong, Germany, Romania, China, USA, Columbia, Israel and more, tearing up the dancefloors for baying crowds wherever he goes.To spread his unique house music message even further, Stefano’s acclaimed ‘Club Edition’ radio show is broadcast in more than 15 countries around the world (www.clubedition.it) and showcases the finest electronic music. As 2011 progresses, Stefano Noferini continues to go from strength to strength. His track ‘Disco’s Revenge’ hit #3 in the Beatport House Chart and received widespread DJ support. Demonstrating his diversity, he also hit #4 in the Beatport Tech House Chart with ‘MoveYour Body’. He announced a tour of South America and has already seen worldwide demand for his DJ skills grow bigger than ever in 2011. Recently Stefano has been nominated as Artist Of The Year at Beatport’s Music Awards 2011.No one can work a dancefloor or deliver a killer track quite like this Italian house master. Stefano Noferini continues to blaze a trail for electronic music and his passion for the dance scene is plain to see. If you get the chance to experience it for yourself, don’t miss it!