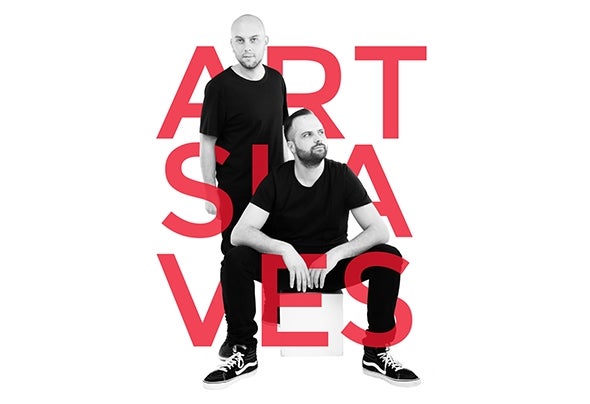 The Italian Duo, Artslaves, was founded in 2012 by two young producer, Alex and Dom, together with their Moan Recordings that become in few years one of the most influential Tech House/ Deep Tech labels in the World, with hundreds of successful Tracks and with some of the most interesting Artists in the scene. Since the start Moan has involved them into a neverending succession of Showcases all around Europe, hitting some of the best clubs like Sankeys in Ibiza, Supermarket in Zurich, Electric Brixtol in London, Cosmic Ballroom in Newcastle, Gate n*5 in Hull, Grelle Forelle in Wien, Duel Beat in Naples, ecc. They always express their musical background going from Tech House to Minimal and Techno, reviving some old hits mixed with modern and fat grooves giving their set their own indelible mark. They has collected some powerful collaborations through these years with many great producers like Oxia, Wade, Leon, Joey Daniel, Astin, Loquace and releases with many important imprints like Snatch, Deeperfect, Set About, Diversions Music, Inmotion.