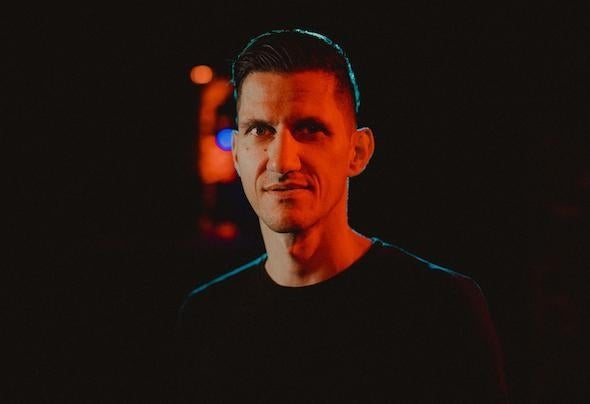 The rise of electronic music must have had an influence on numerous biographies in the early 90s. The new sound in the clubs also left its mark on Sven Tasnadi. Born in 1978 in Leipzig, he is one of the figureheads of his hometown’s extremely vivid club scene. In 1995, after innumerable clubbing nights, he was curious enough to learn deejaying himself. Through acid house and Chicago house, he found his way to more minimalistic forms of house and techno. It wasn’t long before he was being booked for gigs in Leipzig clubs. Soon he also had his first gigs outside of Leipzig – for instance at the legendary Berlin Tresor. In addition to deejaying, Sven Tasnadi was also attracted to the idea of producing his own tracks. In the beginning his equipment was still relatively modest. However, over the past years, he has managed to create a studio setup that meets his standards. In terms of musical style, the Leipzig-based artist has always kept all options open – his tracks vary from deep house, percussive-reduced tech house and soul influences to trip hop and ambient. After several net label releases, the year 2005 marked a crucial turning point in his career. He met the renowned Leipzig-based producers and deejays Matthias Tanzmann and Daniel Stefanik. They quickly became friends, resulting in the first vinyl release on the Moon Harbour sub label Cargo Edition in 2007 – a collaboration with Daniel Stefanik. Soon afterwards his first artist EP was released, paving the way for further label contacts. Today Sven Tasnadi is considered a firm fixture in the German clubbing culture. His tracks have appeared on EPs released by labels such as Cocoon Recordings, Smallville Records, Poker Flat Recordings, Liebe*Detail and Ornaments. Sven Väth was especially impressed by Tasnadi early on and licensed his track "Waiting For You Again" for his "Sound of Season" compilation. At the same time, he produced more than a dozen remixes for Steve Bug, Johannes Heil, Anja Schneider and others. Sven Tasnadi now has regular releases on Cargo Edition. As one of its most important artists, he has a considerable impact on the label’s sound. The positive response to Sven Tasnadi’s productions is also reflected in his deejay calendar – the numbers of sets is increasing every year. His gigs include parties at renowned clubs, such as the Cocoon Club in Frankfurt and Plastic People in London. In 2009 Tasnadi founded the label Oh! Yeah! together with Daniel Stefanik and Juno6. Managed on a friendship basis, this joint project once again pools the output of all three artists in a very special way. Sven Tasnadi has also developed a live set together with Juno6 that premiered at the Think! Open Air 2011 in Leipzig. 2013 he released his first Artist Album on his own imprint Oh!YEAH! Beside that he released his first Eps on his Homebase Moon Harbour Recordings.