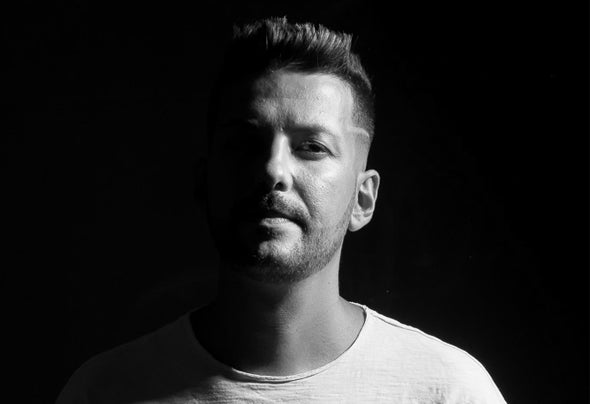 At present, Fran Arés has gone through one of the most important evolutionary processes in history. International Dj since 2010, is always in continuous growth and personal update. In 2019, he has completed 15 years of professional career. As a producer, he has published songs in which we can nd recognized labels such as Glasgow Underground, Lemon Aid Music, HappyTechno, NoPreset Records, Alleanza, Sneakerz, Hotngers and many more. He has also collaborated with inuential artists of the scene. Founder and owner of the AND DANCE music label with international artists and producers. In addition, Fran Arés is the manager of his own weekly radio program ENJOY & DANCE, with international guests and constant support of the music scene. Fran Arés has an enormous musical psychology for his 10 years of music being a principal DJ in the best parties and clubs in his capital, Madrid. His rst nominations were in 2010. He began as a resident DJ in Ibiza from 2010 to 2013. From that year he began to participate in international festivals. In 2014 he edited his rst compilation. These are some of the reasons why he has recently been nominated for the "Best Tech House Artist" category at the Vicious Magazine Latin American Electronic Music Awards. Lovers of electronic music since its birth, it is undoubtedly one of the most talented artists, since it has an innite energy and musical psychology, transmitting, dancing and playing up to 4 turntables at a time in each show. #NosVemosBailando