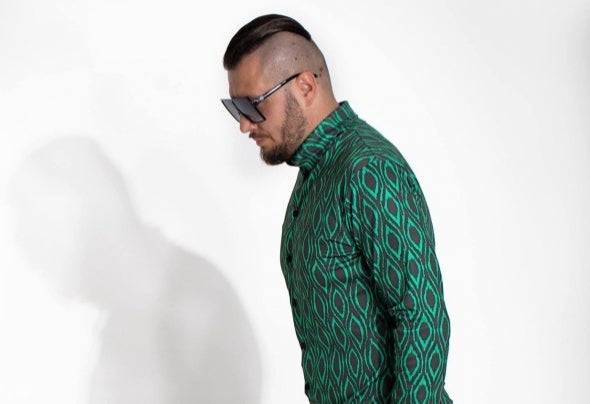 KOLE AUDRO – Lithuanian electronic music samurai Audrew Kolesnikov is no question an artist with experience and future sound in one. KOLE AUDRO is a longstanding activist in the local electronic music. He has a bachelors degree in Arts & Cultural Management. Spins records on his weekly radio show, also in 2013 won a Burn Residency Baltics competition - from 5000 djs all around the world was selected to top 20 and went to IBIZA. His earliest adventures feeding funky, soulfull and acid sounds that would eventually lead him to the realms of electronic music. A talented and very technical dj, passioned for creating & engineering sounds. In recent times, his style has taken on yet more verve, with the warmth of the house he has always known and loved now bolstered by a loose techno rhythm and percussive drive. Most of free time he spends in his studio as for now KOLE AUDRO decided to make an album. A growing appreciation for dance music led to a meet creative mind artists from all over the world, with different musical roots and origins and create interesting blends of musical fusion and Methamorphose. After playing at parties with his new alter ego was to be something that locked his individual musical chemistry and would ultimately lead to the underground sound of KOLE AUDRO. Now his events named KODAS are well know along side Lithuanian clubbers. While being a half part of ,,RockyRocky'' dj duo he released on Incorrect , Minoo, Antura, Street King, Soundteller Records , Spring Tube Label , Sine Nomine, Dansant imprints getting support from names like from Marco Carola, Paco Osuna, Agoria, Claude VonStroke, Joseph Capriati, Elio Riso, Eddy M, Agent!, Sami Wentz, Philip Arruda, Luca Lento, Drunken Kong, Alex Young, Ben Teufel, Carl Bee, Jesus Soblechero. Now he continues on his own sharing stage with Raxon, Sharam Jey, Demarzo, Cristoph, Noir, Kollektiv Turmstrasse... and forthcoming releases on Baiconur Recordings label will start a new page for KOLE AUDRO.