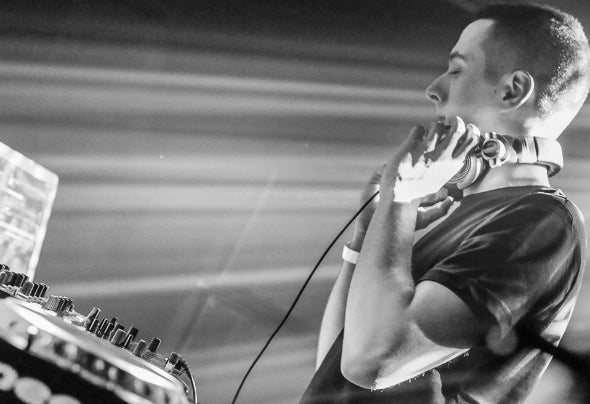 Peter found his obsession with electronic music at a young age, after being introduced to it by his older brother, who enlightened him about artists like The Prodigy. He was a casual listener, until the day he decided to go to a techno party with his friends, and he quickly realized that he feels in place, and that this is the perfect atmosphere for him. After establishing some contacts, Peter found himself performing at least once a week as a DJ, playing in almost every club in Sofia before he even turned 18. He has played in venues like Onyx Club, Mixtape, Playground, High Club, Wake Up, ECCC Club, Bar Zar, Maimunarnika and many more. He also performed at big events made in Studio Orfei, and shared the stage at his prom with Alberto Ruiz and Joe Blake in Universiada Hall. There was a point where Peter wanted more than just playing music, and he started exploring the world of music production. Since then he has signed with labels like Beatfreak Recordings, NOPRESET Records, Unnamed & Unknown and Kubu Music, alongside Victor Valora, and has many upcoming releases on Potobolo Records and other similar labels. Peter has shared the stage with many well known DJ's from all around the world, Stefano Noferini, Roberto Capuano, Alex Mine, The Yellowheads, Kostas Meskalides, D.R.N.D.Y, Ilija Djokovic, Boryana, Steve Mulder, Matt Sassari, Timmo, Balthazar & Jackrock, Manic Brothers, and Medhat & Dekstrum, just to name a few. He is currently working on establishing his individual sound, expressing his state of mind, and providing music perfect to spend the nights with.