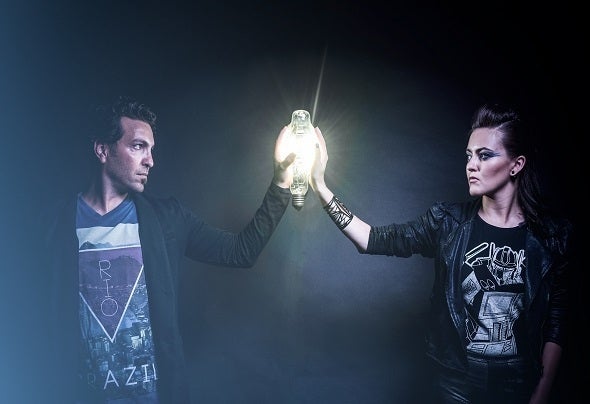 Music was always a part of Dangur’s life. As a professional he begins at 2001 “sound engineering” school. Since then, Itay Dangur (35) has been creating and producing electronic music. He starts his career as a part of a duo named " The Freak Show" (2003 - 2010). They released two albums (“The Less You Freak” & “Freak You Out”) and up to twenty singles in different compilation which gained immediate attention by well known labels such as BNE and PHONKOL. They played their music in a big festivals, parties and dance floors all over the world. During the time, this great experience transformed into a new Itay’s passion, new style, fresh extraordinary harmonies combined with complex hypnotic melodies and constantly changing rhythms, which gave birth to a new image -“DANGUR”. Dangur was influenced by lots of different genres during his life which take part in his music development (Pink Floyd, Led Zeppelin, The Doors,radiohead, Muse, Duft Punk, Shpongle, Extrawelt, Ozric Tentacles…..and others). In the past five years Itay’s new creation is Neo-Trance, Melodic Techno,deep house style music. In this period the new sounds came up, his NEW EP is being released under the label "WEEKEND MUSIC" and he is participates in a new compilation from the british label "CAPITAL HEAVEN". But the best is still yet to come! He invested heavily in the studio and prepared his new album release. The new music penetrates into the mind by the reaching to the highest brain cells and gathers all walks of life in attendance for the same reason- to get to the new feelings and experiences!