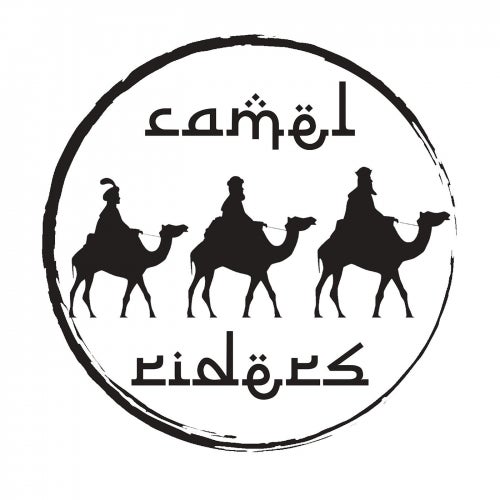 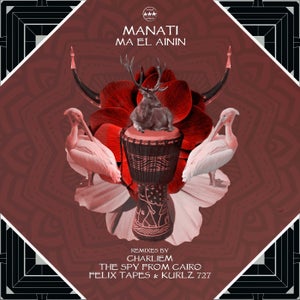 We're thrilled to present Camel Riders' brand new release titled 'Ma El Ainin' by Manati, incl. remixes by Spy From Cairo, Charlie M, Felix Tapes and Kurlz 727. Hailing from the Canary Islands, the Spanish producer Manati, is serving us in his debut EP on Camel Riders, three masterfully crafted originals: 'Diez Octavos', 'Master Yese', and 'Soundahesh', which are accompanied by three splendid remixes. Manati's originals manage to take the listeners into a voyage to magnificent landscapes of the almost undiscovered lands of west Sahara and India, with a sophisticated and futuristic approach. Organic elements lead by traditional instruments and ritualistic ethnic voices collide with exquisite electronic beats, oozing heart-harming vibes and elegance. The opening track of this marvelous EP is 'Diez Octavos', a ritualistic tale that holds within traditional sounds, instruments, and vocal fragments fused with beautifully polished modern sounds and a pinch of Dub. Coming up next is 'Master Yese' which exhibits a mysterious heart-warming journey, characterized by its heavenly string melodies, profound electronic beats, all accompanied by deep Rajasthani vocals and divine feminine vocal fragments. The 3rd original is 'Soundahesh', a sweet and fresh Afro House-ish tune with magnificent touching vocals, framed with pleasurable percussions and gentle yet very pleasurable electronic melodies and grooves. On Remix duty, 1st we have the pleasure to welcome the New York-based producer, Spy From Cairo to Camel Riders with his version for 'Soundahesh'. In his interpretation, the Italian-born musician crafted a delightful version of the original, exhibiting warm middle-Eastern melodies blended with groovy and colorful dubby sounds. Coming up next we warmly salute Charlie M for his debut on Camel Riders with his brilliant remix for 'Master Yese'. In his interpretation, the Seville-based producer exhibits a fresh version that catapults the original straight to the dancefloor with its extremely pleasurable baseline accompanied with snuggly melodies. Last but not least we are greeting Felix Tapes and Kurlz 727 which collaborated on their remix for 'Diez Octavos' and are both debuting on Camel Riders. In their version, the Amsterdam-based producers are transporting the listeners to deeper grounds with its rounded baseline, a trippy twist on the vocals, and slightly augmented dubby vibes, while keeping the fascinating traditional rhythm of the original.