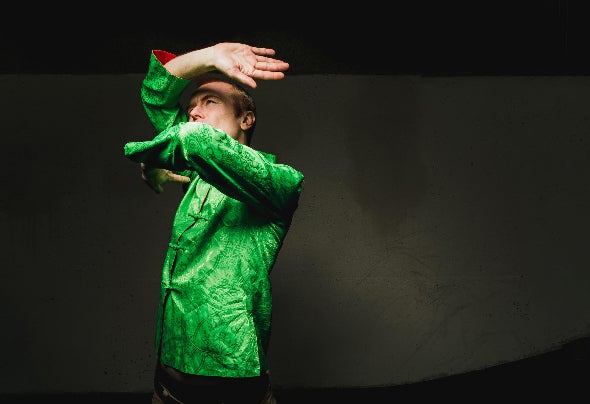 Luke's story is one of community, passion and following your heart. When the deep house/techno community of the Sacramento / San Francisco area captured his heart in '98, Luke basically moved to various cities around the west coast USA where he found his favorite dance communities ever since. The healing power of dance is a major theme in Luke's life and always will be, it has shaped who he is since he was 14. With his dynamic performances, depending on the crowd, you may encounter an eclectic mix of global sounds from quirky house to techno to dancy downtempo to “what kind of music is this”?. This is music for empowering and opening hearts with the transcendental power of music. Having flown Luke to many continents around the planet, the music reflects stories of love- driven culture and psychedelic - progressive ideas. Since 2002, Luke has had a passion for building community, DJing, event production, and running sound systems. Since 2005 Luke has been touring around the world (mostly North and Central America) with DJ/Live sets performing at many of the biggest festivals and events. Originally releasing a wide range of music styles as Luke Mandala in 2008, Luke eventually created a moniker called Mandala Affect in 2018 to release his downtempo and mid tempo music, and Releases house and techno as Luke Mandala. Luke has been consistently releasing music and championed by many of the biggest DJs in the world; Nick Warren, Deya Dova, Boris Brejcha, Booka Shade, Pig & Dan, Dave Seaman, and Eelke Klein. Official remixes have been with huge artists like Desert Dwellers, Kaya Project, Bluetech, Evan Marc, Christian Martin, Chloe Harris, Adham Shaikh, Kaminanda, Govinda, Roger Martinez, and Deya Dova. Record labels include Desert Trax, Desert Hearts, Merkaba Music, Addictech, Gravitas, Selador, Books Shade Music, Black Swan, and dozens more.