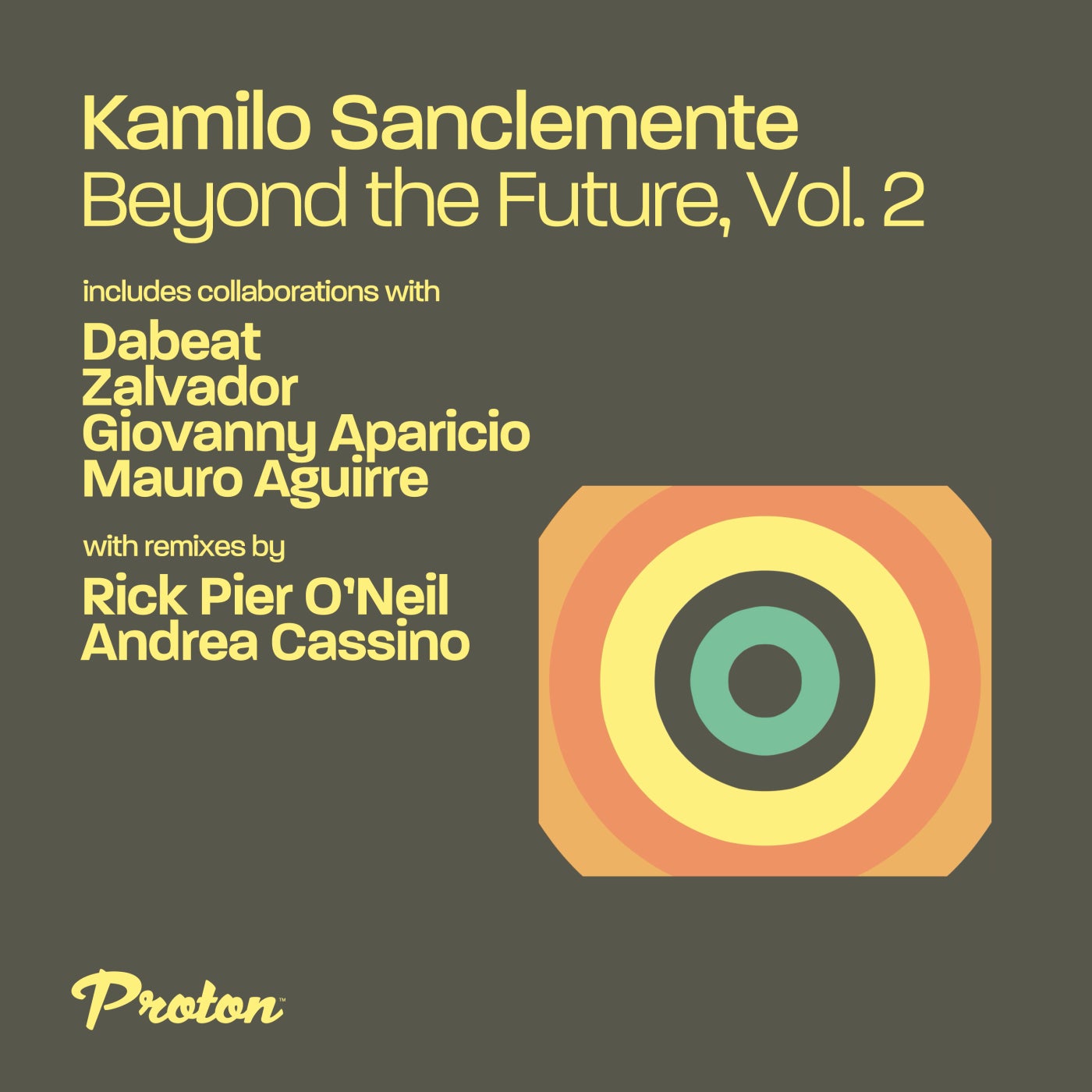 Beyond the Future, Vol. 2

Opening with "Levitation", a powerful beat and machine-gun fire percussion trade blows with a subterranean bass groove and glorious arpeggiated riff that moves from muted to open filter in a smooth sweep. Adding texture through pads, the track, co-produced with Zalvador, evolves into beautifully crafted chords and shimmering emotive energy in the second half. In partnership with Giovanny Aparicio, "Innocence" is another shining jewel that glistens with evocative synth phrasing and delicate delays. A trademark heavy beat holds sway over the melodic elements as a swathe of glorious piano chords open up in the second movement and building in the back end with a powerful wall of sound crescendo. A third original track in collaboration with Mauro Aguirre, sees "Ambar" continue the strong rhythmic narrative of its predecessors. With a subtle organic house flavour, a free-flowing middle eastern inspired synth line meanders across the track while a rich vocal layer complements with natural sounding synth work. The result showcases Sanclemente's inimitable production skill and craftsmanship.

Returning to Proton Music on the back of four volumes of his ever-more successful, "One Side of the Underground" series, Rick Pier O'Neil continues to showcase an immaculate production technique through his prolific output. A pair of remixes in the shape of 2016's reworking of Karl Johan's C9 moniker and Mondkrater's "Stellar Depth" a year later, is now joined by a third. Reworking "Magma", O'Neil's attention to rhythmic nuance comes fully to the fore via an intricate percussive top line, while melodic themes rooted in Sanclemente and Dabeat's original, wax and wane across the 7-minute piece. In addition, a glorious array of additional production material adds a new dynamism with a subtle melancholic flavour, characterised by minor key changes and an incomparable understanding of the dance music industry.

Andrea Cassino is another artist who has found himself a regular on the Proton Music catalogue. A storied producer with a history of hit material under his belt, Cassino has shone with 2017's "Divine" EP and 2020's "Losing Part of Me" (alongside Greenage). Remixes for Rudy, GMJ and Michael A have all contributed to the Andrea Cassino narrative as the Italian born, Argentinean based artist excels once more through a glorious new treatment of "Aerology". Showcasing all his progressive house talent, a stunning array of reverb-coated pads and delayed motifs combine with driving beat and rolling percussion to create a rich and emotive sonic landscape. Using elements from Sanclemente and Dabeat's original with skill and ingenuity, Andrea Cassino extends the track with his production talent to create a progressive gem of an interpretation that hits the heights in the third movement.

A new musical triptych plus remixes from Rick Pier O'Neil and Andrea Cassino demonstrate Kamilo Sanclemente is looking "Beyond the Future" with Volume 2.