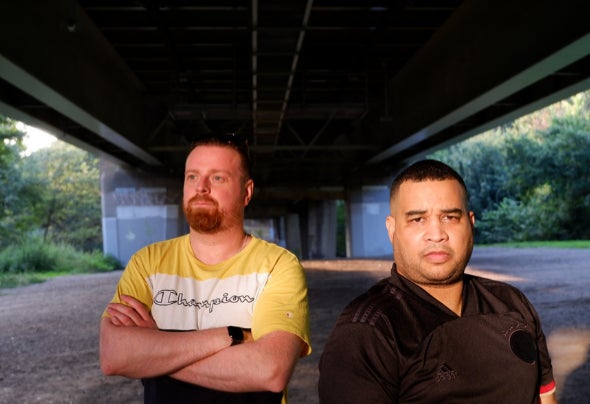 Progressive house act Trilucid was formed in 2009 by friends Andy & Hilton. Both are deeply immersed in the music industry, with Hilton as DJ, producer, and promoter of some of the best underground events in London and Andy as producer and mastering engineer for some of the biggest artists and labels in the world. As a duo their sound has diverse influences, including techno, house, progressive, and just about everything they’ve loved through their years of making music, putting on and playing at events, and raving their socks off. Over the last decade they’ve held a 5-year residency for Gallery at the legendary Ministry of Sound in London, released records on Anjuna, Glasgow Underground, Colorize, ZeroThree, Afterglow, Perspectives Digital, Perfecto Records, Proton, and more. They have toured extensively both in the UK and overseas, including sets at Ministry of Sound, SW4 and Egg in London and Space, Amnesia, Pacha, and Café del Mar in Ibiza, all while building a dedicated fanbase and gaining support from a huge array of DJs. Throughout their career, they've been remixed by Paul Oakenfold, Martin Roth, Marsh, and many more. Notable releases include Where You Want To Be on Anjuna, The 2 track EP Tonic For My Mind/Hoxton on Afterglow, and more recently the deep and melodic Glimmer in the Dark and Illuminant EP on Colorize and a remix of Petar Dundov's Salvation on Proton. 2021 sees the duo double down on studio time and after stocking up on socks, triple down on raving.