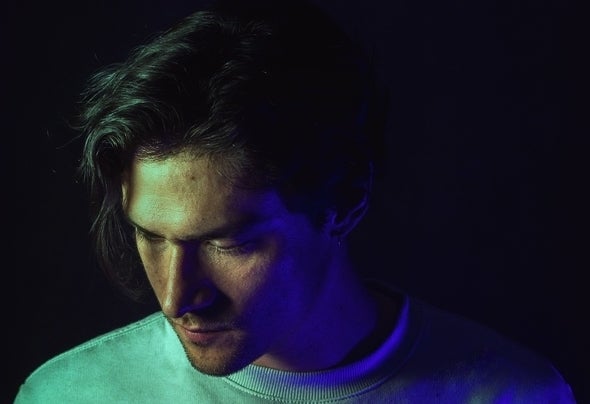 Vincent Marlice was raised between Hamburg, New York and Santiago de Chile. His experience as a musician is just as varied as his upbringing — he's performed live from Mysteryland to Primavera Fauna to Lollapalooza with his former band Mecanico, as well as collaborated with Capital Cities’ Spencer Ludwig as a member of the duo Soro & Oyarzun. Currently based in Berlin, Vincent Marlice now focuses on polishing his distinctive sound, producing tracks that combine the hypnotic rhythms of the local club scene with his wide array of musical abilities as a singer and songwriter. Since his arrival in Berlin, he has published on labels like Kamai, Dantze, Obenmusik, Chrom Recordings and Deep Locus with upcoming releases that include Poesie Musik and Leisure Music. Vincent Marlice offers a truly special live act based solely on his original tracks and spontaneous improvisations, which include synthesizers, fx’s and his versatile voice. For proof, look no further than his performances for United We Stream, Slow Tribe, Soundity, and Unkraut; in clubs such as Mensch Meier, Klunkerkranich, Rummelsbucht, and Birgit und Bier; and at various festivals during the European summer. His sound has been described as “detailed, melancholic but haunting straight forward techno” and as a “hypnotic, dreamy, sinister but energetic journey” by Electronic Groove — accolades that prove his unique performance style is perfectly suited for the dark nature of the club or the magic energy of music festivals.