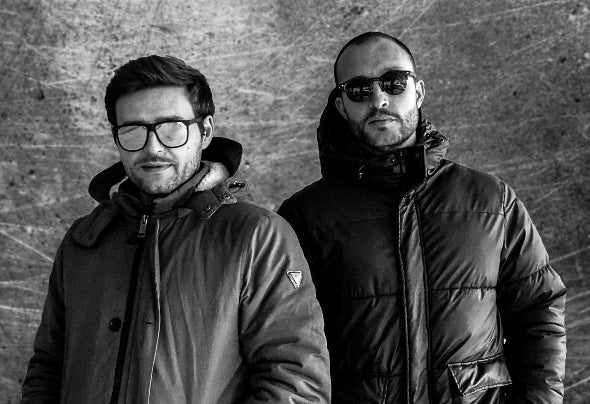 Far Distance is a techno duo based in Spain. Since 2012, they have been releasing Deep and Tech-House music as Pete Rios & Danny Murphy in renowned labels like Sanity, Toolroom, Nervous, Pornographic or King Street, for name a few. After their first releases, they began to receive strong supports from recognized artists like Chus & Ceballos, Joris Voorn, Umek, Tocadisco, Christian Varela, Richie Hawtin, Stacey Pullen and many more. The professional relationship between the two artists developed into a strong friendship, which ended up uniting their careers into a single name: Far Distance. Far Distance represents the strong connection between two studios located in Barcelona and Bilbao. Hundreds of files sent, hundreds of telephone calls, hundreds of project files shared. A unique way of working whose main objective is to perpetuate their friendship. In 2014 their own record label was born: Rocked. The first track signed as Far Distance was a remix for the New Yorker artist Jon Billick and was released as the first reference of Rocked. Danny and Pete focused on techno sounds and in 2015 they released their first hit: Lost. That track was massively supported by Solomun, Sven Vath and Carl Cox. They played it in all their gigs during the summer in international events like Tomorrowland Brazil, Amnesia Closing Party, Destino Ibiza, Diynamic Festival Argentina... In their studios they combine the digital plugins and synths with analog gear like Virus Ti Snow, Behringer Model D, Nord Rack, Akai MPC Live, Korg Elektron and many others. Also, they play live sets with their own songs.