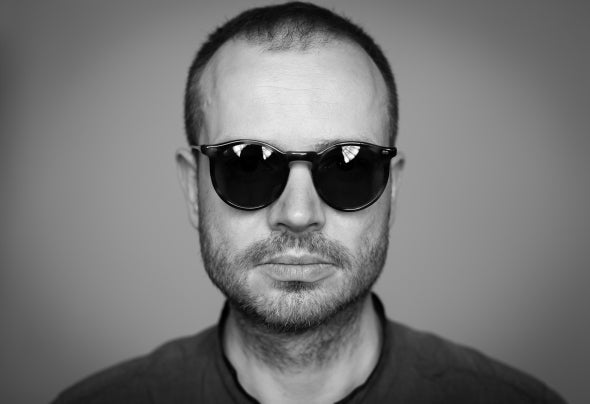 It was in 1994 in his iconic base in Dresden that Gunjah played for the first time. His first appearance was also his first independent step. Techno becomes the great love of his life. Three years later he’s able to play in Dresden’s legendary E-Werk. Berlin is over the moon with his music, giving him the chance to develop his ability in producing a first disc of his own. In 2003 the first Gunjah makes an appearance on 1st Decade Records with “Funkwelt EP”, while in the following year his “Black Quartet” is launched on Armut 24 - and ends up in most record cases.But he doesn’t only play in Berlin – numerous national and international engagements follow. In Dresden, the town of his birth and creativity, he is soon directing in a variety of clubs and at series of events on a huge scale. The Tweakers are the first, from which Showboxx develops, still playing today. Between them fall the Studio 43 era and, from 2001, the great Funkwelt period, a celebrated institution for electronic sophisticates.And nowadays? Gunjah has taken a look around and searched for other musicians of his standing. With Sandkasten buddy Lexy (Niconé) the Møenster duo rages from gig to gig. He sets up End of Tape together with Stachy of Hofuku Sochi as a guarantee of quality for sensitively produced techno.He’s always had a special relationship with the Northern Light band, a fact reflected in bookings for the band and in the “Northern Lite DJ Team” project. Showboxx is now celebrating its thirteenth year and has begotten a successful child with all the DJs that have already visited it: Click Clack was born one Sunday in the summer of 2009 from the unvanquished Tatendrang, giving techno a worthy stage in Dresden.All of this is due simply to those fans whose unbroken desire to hear more has provided all his projects with their structure, sophistication and functionality. Gunjah!