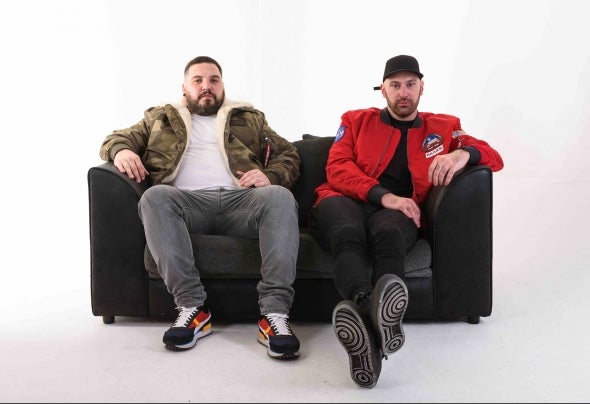 The next in line to dominate UK House and Techno, Versus aka Dave Skehan and Scott Walker are blazing a trail through the British club scene and beyond. A partnership forged over several years their chemistry is contagious. Following performances at The Warehouse Project, Ministry of Sounds, and their own sell-out Verus & Friends parties they’re hotly tipped by some of House music’s most influential figures. After a chance meeting at local radio station in South Manchester, the duo immediately struck a chord. Cutting their teeth selling vinyl from Scott’s own record shop, Dave manned the UK Garage/House department, proving themselves true students of the art. An education well-earned, nowadays they take inspiration from the likes of Christoph, Camelphat, Borris Brejcha, Chris Lake, Stehpan Bobbin, as well as fellow Manchurians Solardo Crafting infectious bangers for the likes of Sola, Armada, Under No Illusion, and Realm to name a few, it’s clear to see why their sound is turning the heads not only of world-renowned DJs, but also of hordes of dedicated House music fans internationally. With growing anticipation for what comes next, the Mancunian production outfit are keeping tight lipped, all the while their music speaks volumes.