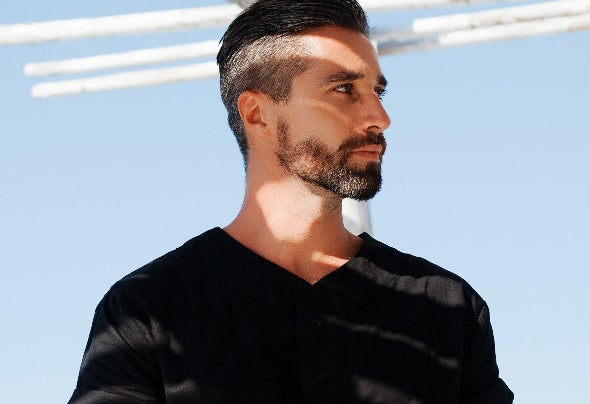 Josh Davids (Zulu Records / Cr2 records / We Jack / Enormous Tunes Born and bred in the iconic Scottish capital of Edinburgh, Bali-based artist Josh Davids’ relationship with electronic music has seen him follow an inspiringly cultured path through the years. Inspired by the likes of Faithless, Groove Armada, The Chemical Brothers and more, it's no surprise that his mid-teens and introduction to the art of DJing saw Josh cut his teeth at illegal forest raves before moving on to clubland. Despite his definitive audio signature, Josh cites influence from a plethora of musical genres - even those outside the electronic realm. Mostly attributable to his artistic identity are some of the biggest names in modern house music. Some of Josh’s biggest creative inspirations include the likes of Martin Ikin, Chris Lake and Patrick Topping - among others. Josh’s infectious energy and interactivity behind the decks have seen him feature alongside some of the biggest names in House music including Cut Snake, Major Lazer, Gene Farris, Tim Baresko, David Penn, Fatboy Slim, Patrick Topping, Doorly, Illyus & Barrientos, Mat.Joe and many more. Outside of the booth, Josh’s efforts in the studio have seen him collate an impressive stream of releases on commendable labels. 2020 alone has seen his work find a home on the likes of Zulu Records, Cr2 Records, We Jack and Enormous Tunes - showcasing Josh’s broad and diverse understanding of House and its many associated sub-genres within his work. With this year looking like a write off for many, Josh now looks ahead to 2021 which will see the introduction of his event series in Jakarta and and a tour of Europe. Along with continuing his relentless production efforts, Josh is heavily-invested in furthering his growing reputation on a global scale and taking another leap towards becoming a household name within the industry he calls home. Follow Josh Davids: Facebook Instagram Soundcloud Beatport