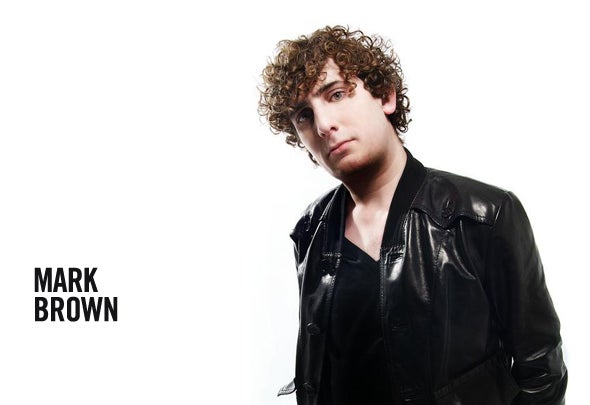 If you want to know what is rocking the dance world at any given time then speak to Mark Brown. His unfaltering talent for recognising a hit and tenacious approach to getting music signed and heard has seen him rise through the ranks to become one of today’s most respected figure heads within the industry. One of Mark’s most prolific roles is as that of label boss and A&R extraordinaire. He started Credence – the seminal dance imprint of EMI back in 2000 and signed massive acts including Eric Prydz and Brit-boys Dirty Vegas amongst others; their album subsequently sold over 2 million copies world wide and was even #7 in the American charts, while their single ‘Days Gone By’ went top ten in the UK. Credence also won Label of the Year for 2003 in IDJ magazine. In a time when dance music often played second fiddle in the charts to pop and guitar bands, Mark garnered commercial success for the dance acts he signed, so when in 2004 EMI decided to close Credence (making Mark redundant) it was a no-brainer that he’d soon be back doing something on his own. Just one month later Mark set up his own label – Cr2. “I wanted Cr2 to be a continuation of Credence but bigger and without the constraints of being tied to a major label.” says Mark. Success so far for Cr2 includes the #1 hits David Guetta Vs The Egg ‘Love (Don’t let me go’) and Fedde Le Grande – ‘Put your Hand’s up for Detroit’, other hits include Danny Howells & Dick Trevor ‘Dusk til Dawn’ and many more. The label has also set up the touring brand ‘Live and Direct’ which encompasses tours and albums, the next release under this banner will be ‘Oscar G live from Miami’. IDJ awarded the same accolade to Cr2 as they did to Credence 3 years earlier and voted Cr2 as label the year in 2006. Aside from the obvious achievements with Credence and Cr2 Mark is also an accomplished producer and one half of the DJ outfit M.Y.N.C. Project with Nick Corelli. They are renowned for their four-decks/two-mixer shows and innumerable effects units, where they take DJing beyond simply playing other people’s music into the realms of musical creation and live performance, twisting pre-recorded sounds into new and original dancing spells. Mark and Nick make up this dynamic duo, who have created their own brand of quality underground house and have been playing together for eight years. M.Y.N.C. started DJ-ing at Passion in 1999 in the Redroom, and the influential residency resulted in the pair being voted ‘Future Heroes for 2002’ in M8 Magazine. In 2003, they moved into the Main Room of Passion, outgrowing the space that shaped their sound. The act then launched M.Y.N.C. Sessions at Leicester University in 2004. Together they have notched up 6 singles including ‘Something on your Mind’ with Abigail Bailey and ‘R U Sure’ which was a Beatport top 10. They have also completed 5 compilations since 2001 including EMI’s ‘Dedicated Followers of Passion’, ‘Credence Volume 1’ and forthcoming is the new Sessions release on Ministry of Sound (due in September 2007). For this release Nick and Mark decided to do separate mixes to showcase their individual tastes. Mark comments “Everyone knows us as a 4 deck-2mixer DJ outfit and so we thought we’d do something different on this album – we like lots of different things as individuals so it made sense.” October 2007 saw another addition to Marks production bow; ‘Brighton Belles’ co-created with Steve Mac, was released on Cr2. The track had some stellar guest remixes from Manoo of Buzzin’ Fly fame and 2001 – a massive talent hailing from Holland. In 2008, Mark worked with some of the greatest female talents in the world, remixing for Kylie and, collaborating on a hit single with Sarah Cracknell of St Etienne fame - ‘The Journey Continues’ – the music of which is from the famous Lloyds TSB adverts and reached number 16 in the charts. The track received rave reviews and massive airplay. Other highlights include singles ‘New Heights’, and ‘Jaffa’, both of which were supported massively by DJ’s and radio stations worldwide. 2009 see’s the release of ‘The Fly’ which Mark produced once again alongside bosom buddy Steve Mac. This will be Cr2’s 100th release and it also kicks off Cr2’s 5th Anniversary celebrations. It has received glowing praise from Dubfire, Sasha, Laurent Garnier and Monica Kruse. On top of all this, Mark continues his efforts with Cr2, keeping it one of the biggest independent dance labels on the planet today. For management enquiries please contact ben@graphitemedia.net For bookings enquiries please contact Sam@imd.dj For media enquiries please contact kate@imd.dj