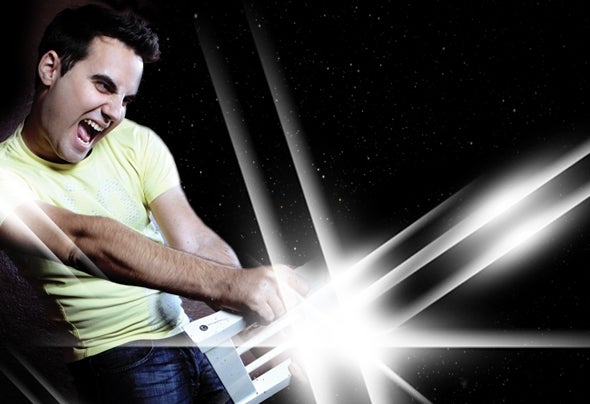 In 2007 he entered Pete Tong's producer contest with the track "Copacabana" and won. This was a big turning point in his career, since Chris Lake then signed this track on his highly acclaimed label Rising Trax. This track is still being played every day on America and Canada's most popular radio, XM Satellite Radio and brought Beltek a lot of US fans. At that time the name Beltek was getting more and more exposed around the world and in his home country, Slovenia. It didnt took long before the main man in Slovenia's electronic music production, Umek, contacted and asked Beltek to produce some tracks together. The result of this proved to be more than succesful, since only after one month of their co-operation in the studio, they already signed two EP's for Armin Van Buuren's label, Armada. Later on Beltek made another astonishing track called "Kenta", which again impressed some very big names like: Tiësto, Armin van Buuren, Ferry Corsten, Sander van Doorn, John O'Callaghan just to name a few. Tiësto immediatly signed this track on his Black Hole label and also featured it in his famous compilation " In search of sunrise 7 - Asia" . Beltek's tracks were also played on very popular radio shows like: Tiësto 's Club Life, Paul van Dyk's Vonyc Sessions, Ferry Corsten's Countdown, M.I.K.E.'s Club Elite Sessions and the list goes on… Besides that his tracks are featured on various compilations which were mixed by people like: Tiësto, Johan Gielen, Talla 2XLC, Rank 1, M.I.K.E. and were released on labels like Armada, Maelstrom, Black Hole, 405 Recordings and Klubbstyle Media. The first Beltek remix, which is about to be released in few months time » Mike Melange ft. Alan Connor – I love the sunshine ( Beltek remix)« is already been hammerd week after week again by Tiësto and the demand for this track has been growing very fast. Beltek is currently working full time on some big upcoming solo productions and remixes, but also do not forget on his side project with his fellow country man Umek. This project proved to be more than successful, because when their first track was released, ( Army of two) it instantly became a worldwide hit and there is almost nobody who havent already danced on this one in their local club.