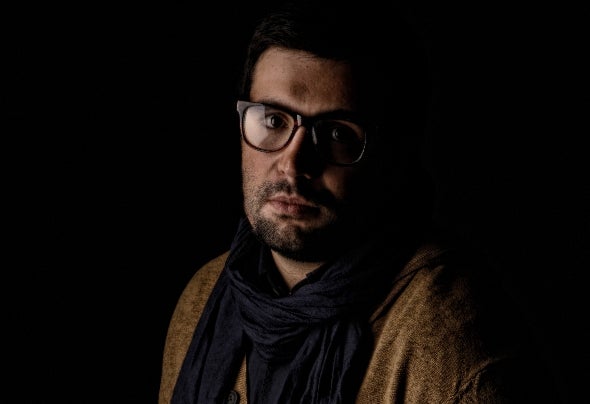 When you join talent with an unlimited workload and bouldless dedication, new projects are born. That's the case of Hugo Rizzo. Only 26 years old, he has already dozens of edited songs in the sets of the best Dj ́s in the world like Tiesto, Afrojack, Dimitri Vegas & Like Mike, Fedde le Grand, Sander van Doorn, Paul van Dyk, Chuckie, DJ Vibe ou Chus & Ceballos, among many others. He is the first portuguese to be invited to officially remix one of the major DJ ́s today, current number 2 Dj in the world - Tiesto - Becoming one of the better abled portuguese producers on a competitive scale internationally.Currently, Hardwell, Nicky Romero ou Swedish House Mafia are his main musical references, however his career started on the height of the "Iberican House" scene, while artists like Chus & Ceballos or DJ Vibe were major references. Between 2008 and 2009 he joined Kobbe - considered to be one of the best Techno producers in the world - to launch a series of colaborations like "Superbock" (remix of DJ Vibe), "Action X", "Technology" ou "Techno Rhythm" that reached the top rating places of Beatport. T he launch of the hit "Rhythm Stick" followed, that was immediately remixed by Chus & Ceballos. Thats precicely the vast musical culture and his abillity to read the dance floor that make Hugo Rizzo a complete Dj, able to take the party to many audiences.Hugo Rizzo ́s carreer began in 2005 when, after sending a demo, he was invited to act in a small bar on Foz do Arelho in Portugal. His performance was so apreciated by the crowd and the manager that he was challenged to accept a monthly residence booking on the bar. The evolution of his performances since 2005 and 2006 lead to many invites to act all over Portugal and even out in Madeira and Azores islands. Arround the same time, a series of "Hits" were presented on Beatport were his Soul Avengers "Macumba" remix was featured, and then edited on the brasilian market. All this evolution lead to a tour in Brasil in 2007 on wich he performed in S.Paulo, Rio de Janeiro and Santos. After that followed tours in Belarus, Spain, Slovenia and the Check Repúblic, becoming one of the most international djs in Portugal.A monthly residence booking followed in 2012 in reference clubs in Lisbon like The Loft and currently on MAIN, were he is the face of the College Thursdays project, the best one in the city. He just signed a contract with - Peak Hour Music - one of the best labels in north america, that is responsible for the launch of artists like Deadmau5 ou Zedd. His first original song launched under this label was noticed by Tiesto and Chuckie. But it was his "Niamey that upped the game! With the support of Tiesto, Afrojack, Fedde le Grand, Dimitri Vegas & Like Mike ou Nari & Milani it got the enthusiastic support of Beatport that has outlined it on it ́s launch week. That had a great result on sales and took it to the top sell spots on the Progressive House category on Beatport.