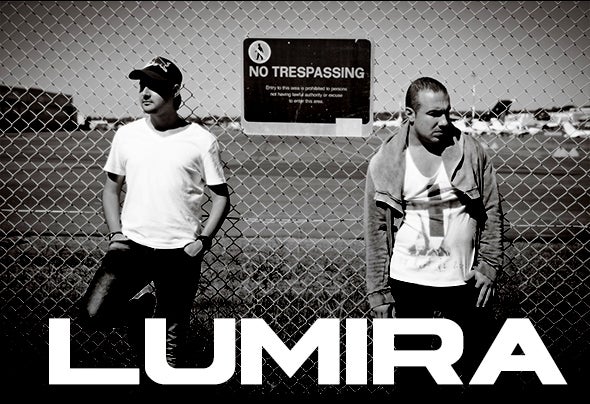 A DJ / Producer Duo with over 20 years experience between them both in the Sydney DJ Scene and International club circuit.Consisting of Benino and Dane, LUMIRA brings you BIG ROOM, BOUNCE tracks, fresh from the studio to your dancefloor.Influenced by the 90’s and early 2000’s club anthems, LUMIRA’s sound is commercial and club friendly yet banging enough to please all festival goers and music gurus.Having already headlined at Sydney's HOME NIGHTCLUB, PONTOON, THE GRAND and supporting acts such as The ONLY (Ministry Of Sound)LUMIRA's Sydney Bounce sound is quickly being recognised Australia wide, Their 1st release BOOM feat MC Losty – Peaked at 33 on BEATPORT Top 100 within 2 weeks of release.With a ton of new releases coming soon, and already confirmed support for some of the biggest names in the BOUNCE scene. LUMIRA is heading to be one of the hot Australian EDM artists of 2013/2014