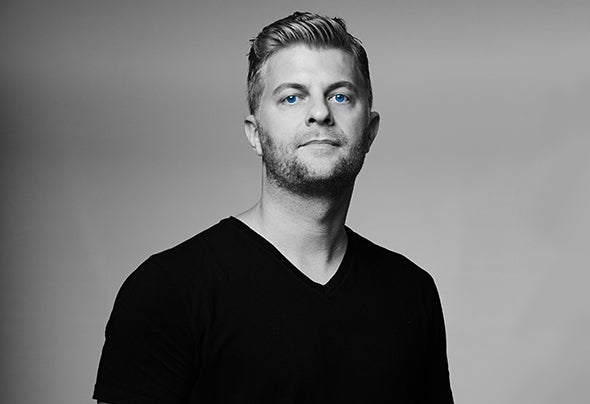 Joe Maz had already performed across the USA, China, Taiwan, Canada, & Mexico by the time he decided to pack his bags to live in Miami. His major accomplishments with his production team "DiscoTech" (Joe Maz, Gigamesh, Danny Daze) afforded him with these successes. DiscoTech established itself as one of the premier remixing teams in the world by 2008, with remixes to Kanye West, Dev, Donna Summer, Britney Spears & The Police...just to name a few. The group also produced some original tracks under the name “Senor Stereo”. "Unintentional" and "I Am The Beat" were released on Slow Roast Records, headed by DJ Craze & Kill The Noise. "I Am The Beat" stood at #3 on the Beatport Nu Disco charts for months after its initial release. In 2010 Joe Maz joined Skam Artist, one of the largest and most successful talent agencies in the USA. Today Joe Maz holds down residencies in top Miami Beach nightclubs, as well as other venues across the USA, including in his hometown of Minneapolis. When Joe Maz isn’t touring as an open format or dance DJ, he spends time in the studio working on new production. His remixes and originals are regularly played across the world by top DJs, BBC Radio 1, BPM on Sirius/XM, and other major radio stations.