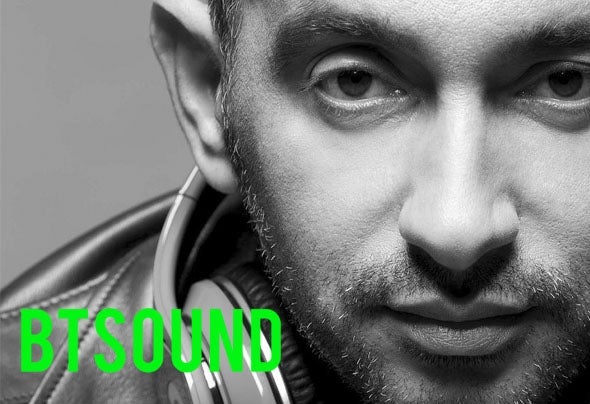 btsound aka Ben DJ The rise of Ben DJ as both a DJ and a producer grows stronger and stronger everyday as we see him performing in more and more countries worldwide such as The Emirates, Russia, Ibiza, Brazil and spreading out all over Europe. His march towards becoming a renowned international artist and DJ is under-way and Ben doesn't plan on stopping until he has expressed all of the music and good vibes that he has inside of him. Born in Tunisia and raised in Italy, it was never going to be an easy option, that of turning something that was a strong passion into a wayof life but after many years of pushing and promoting himself Ben DJ now finds himself placed firmly in the console in some of the most prestigious clubs in the world, often finding himself being requested to play at some of the most elite VIP parties on the planet. T he feel-good factor that breaks through in his DJ sets has captured the very soul of some of the biggest television, film and political personalities in Italy and his own personal photo album is like a who's who in today's VIP world. When he is not behind the decks Ben spends many hours in various recording studios where he produces electronic house music that has found its way to the top of the charts on Beatport and Itunes (to name just two) as well as getting critical acclaim from many of the top names in the dance world. His single 'Me & Myself' placed him at the number 4 position in Billboards most talented DJ's and producers in the world chart. During the 2009 Winter Music Conference in Miami he performed at the Shelbourne Hotel, the Nocturnal Club, at the Nervous records party as well as other locations where he earned esteem, interest and admiration from his work colleagues as well as the press. With his track 'Mistress' Ben was happy to see some support coming in from no less than Pete Tong who got right behind it. The single 'Smile' during 2010 topped many Italian and European charts and became one of the Summer Anthems played over and again on the radio networks as well as clubs everywhere. Included on many compilations, the project then grew into a full album release that was launched at the exclusive Pacha recording party – Adult Entertainment in Milan. With such record releases as 'Sorry' (included on the Subliminal Sessions compilation), 'I'm In Love' (Ministry Of Sound), 'Relax Your Mind' (Release Yourself) and 'Mistress' (CR2), Ben has got a taste for the big time and is already planning a run of excellent releases that will be coming your way throughout 2011. In fact Ben has also invented a pseudonym BT Sound to release his very own brand new club sound under, the first release being the single 'Fight' on Supersonik records. Some of you may not of heard of Ben DJ but that's all about to change now, watch out as this year he is coming to get you!!!