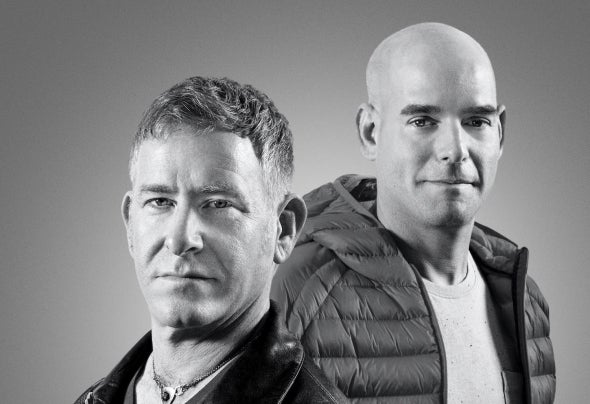 A shared passion for music brought Gabriel & Dresden together after a chance meeting on a Miami rooftop during the Winter Music Conference in 2001. As a duo, the two fit like some kind of creative yin and yang, quickly rising to the top of the electronic music genre and winning the coveted "Best American DJ" prize twice by the International Dance Music Awards (IDMAs) as well as creating a dominating string of timeless hit songs and remixes in the studio..Conjuring an artful amalgam of trance, techno, and house and pop that transformed the landscape of 21st century EDM; Josh Gabriel, with his formal training in music composition from California Institute for the Arts and the Netherlands' Institute of Sonology, and Dave Dresden, with an esteemed club DJ career that included work as a Billboard club chart reporter, music director for a prominent online radio station, and a curator for the legendary Pete Tong's Essential Selection, struck a genuine synergy that captivated listeners around the world.Their smash hit in spin-off project Motorcycle, "As the Rush Comes", topped Billboard's "Hot Dance Airplay" year-end chart in the US and landed at #11 in the UK Singles Chart.T heir compilation, Bloom turned heads globally, while their self-titled artist album that featured "Tracking Treasure Down" (with vocalist Molly Bancroft) and “Dangerous Power” (featuring Jan Burton) both screamed into the #1 slot onto Billboard's Hot Dance Club Songs chart, solidifying their status as leaders. Everybody from Britney Spears and Madonna to Annie Lennox, Tiesto and Above & Beyond sought them out for official remixes, while the likes of FX and Rockstar Games licensed their music to enhance their visual narratives.After a three year hiatus that officially ended in 2011, the two embarked on an exhaustive reunion tour; playing high- profile global festivals like EDC, Creamfields, Tomorrowland, Electric Zoo, Spring Awakening, Sunburn Festival as well as club dates in over 20 countries around the world.Despite the envelopment of EDM in popular culture, the two are sticking to their guns and following their most innate impulses. "It is always about being timeless," affirms Dresden. "We don't pay much attention to trends. We choose sounds and words that we feel will mean something to a lot of people and at the same time, make them put their hands in the air." Gabriel concludes. "We want everyone to be able share that with experience with us."With that in mind, their collective goal hasn't changed. G&D are set to release a string of singles including their upcoming track, "Close to Folding” (feat. Sean Ryan). With an expansive soundscape, rapturous vocals, and an infectious bass line, this new single preserves the hallmarks of their patented sound, while emanating a fresh fire."It's all about making exciting music," Gabriel says. "We understand the power of great music." Dresden leaves off. "I think the best is yet to come."