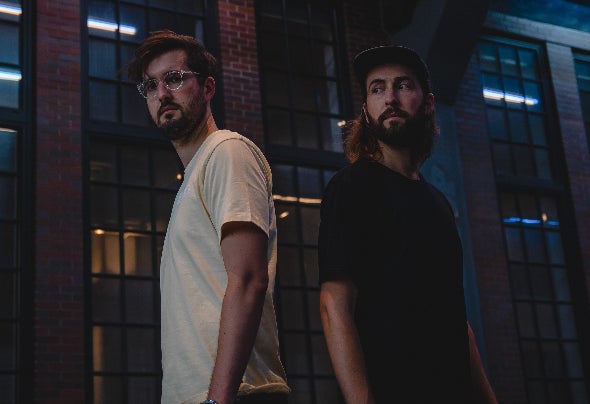 "And" - a simple connector of things. Before the sounds of electronic music dominated the airwaves, there was a communal experience among those who had discovered this obscure genre of music. Out of a desire to celebrate the connectedness of that community, Anden was born. Brothers Tom and Pete Cuppernull have spent the last decade applying their lifelong musicianship to their music. Classically trained on the violin, cello, and trumpet, Anden's organic and warm productions have garnered cross-genre acclaim from Solomun, Above & Beyond, and Diplo, supporting their rise as New York City's breakout house and techno act. Anden's recent growth has been nothing short of extraordinary. The duo began 2019 hot off the release of their hit track ‘Void’ on Solomun’s imprint DIYNAMIC, which received a premiere to radio audiences on BBC Radio 1. Later in the year, Anden was tapped for remix duties by Diplo, Mark Knight, and Anjunabeats mainstays Genix and Fatum. The brothers backed up these releases with guest mixes on BBC Radio 1’s Diplo & Friends, Toolroom Radio, and Above & Beyond’s Group Therapy. After selling out multiple installments of their own Sound Room Live event series, Grum hand-picked Anden to join his long-awaited Deep State tour, finishing the year with performances across North America, continental debuts in Europe and Asia, and a performance at Fabric nightclub in London. When the pandemic shut down touring in 2020, Anden reached across the pond for several releases on key European labels: Yotto’s Odd One Out, Berlin’s melodic techno authority Katermukke, and the newly minted Eleatics Records. The brothers also completed a residency on BLOND:ISH’s Abracadabra TV, streaming their Sound Room brand to thousands of viewers every Sunday on Twitch. With the 2021 return to touring in full swing, Anden has joined Yotto for his US summer tour ahead of their debut album on Odd One Out.