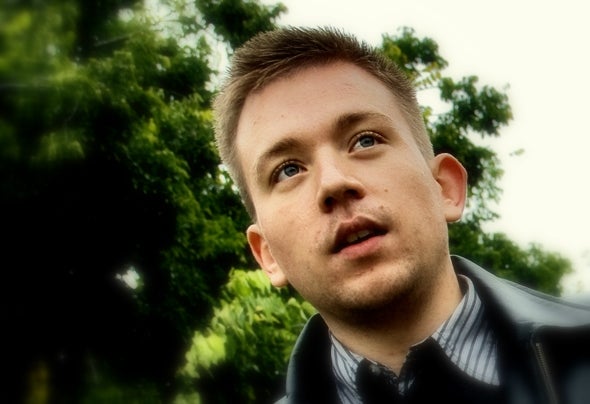 Daniel was born in Budapest, his affection for music was evident even from an early age, initially rock music was his passion and he actively pursued this passion by playing the guitar. After the global expansion of music channels on TV club music caught his attention, tracks such as íCafe del marí and the legendary íGreece 2000í were the type of tracks that drew Daniel towards electronic music, subsequently he began to experiment with software to produce his own electronic music taking his passion for producing his own music in a new direction. After years of experimenting Daniel now feels he has finally found his own unique sound and style within the music and he now aspires to draw inspiration from all genres of electronic music and produce very special sounding hypnotising music which can only be catogorised as Daniel Mehes' own unique style of Techno.