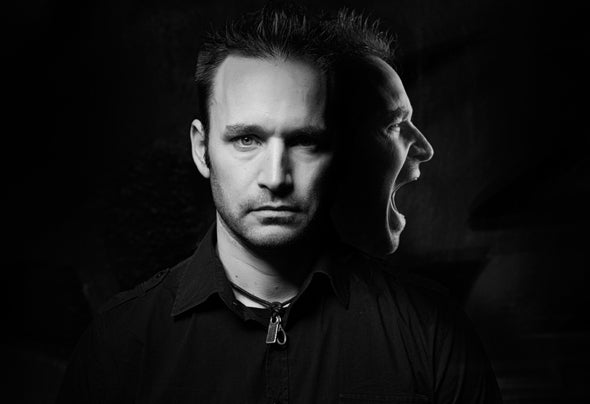 As a youth SL Curtiz’s musical diet consisted of Felix Da Housecat, Bad Boy Bill, Derrick Carter, CZR and multiple others from the American/Chicago house movement. Gorging his himself on the rhythm and grooves of jackin’ house, Curtiz’s love for this music blossomed exponentially and it was this passion for the scene that acted as the catalyst to his induction into dance music, first as a clubber, then as a promoter before he finally found his calling as a DJ.After several haphazard starts as a touring DJ, Curtiz’s decided to start his own party ‘Bringing da Funk’ in 2003 in downtown Stuttgart. That same year, he was invited to become a resident at the then legendary Hit House Radio Station hosting the ‘Saturday Night Mastermix’ with Bernie Bernthaler weekly on Saturdays between 10pm and 6am. The show went on to achieve peak listenership during his tenure and opened Curtiz’s name to thousands around the city each week. In t urn his appearances on t he weekly radio show led to his ‘Bringing da Funk’ parties becoming an unmissable hangover for electronic fans all over the city.Releasing records since 2007, and having founded labels Slammin Muzik and Base Legere in 2008, SL Curtiz has since worked with artists as wide reaching as Moussa Clarke, Zedd, Lucas Reyes, Francesco Diaz. Over the years both his music and his labels have received extensive support by named players such as Roger Sanchez, Umek, Bad Boy Bill, Dabruck & Klein, Richard Vission, D.O.N.S., Joachim Garraud, Flash Brothers, StoneBridge and countless others.Away from his own releases Curtiz has also completed playlist strong remixes for the likes of Robbie Rivera, Wonderland Avenue, Dumb Dan, Reza, Splashfunk, John De Mark, Teo Moss, Peter Brown to name but a few, whilst having had releases on imprints such as Ministry Of Sound, Wormland Black, Suka Records, Sume Music and many more. His music has also featured on mix compilations for mega brands that include Ministry of Sound.T oday, Curt iz divides his t ime bet ween A&R’ing one of Germany’s biggest house labels Wormland Music and producing and touring as an artist in his own right. To date his DJ schedule is an ever growing diary that regularly sees him play at clubs in countries such that include Russia, Ukraine, Germany, Austria, Swiss, Croatia, Moldova and Poland.As well as writ ing, producing, DJing and A&R’ing, Curt iz also hosts a monthly one hour radio show called ‘Slammin Muzik Radio Session’ on Germany’s biggest Internet radio station Sceen FM.