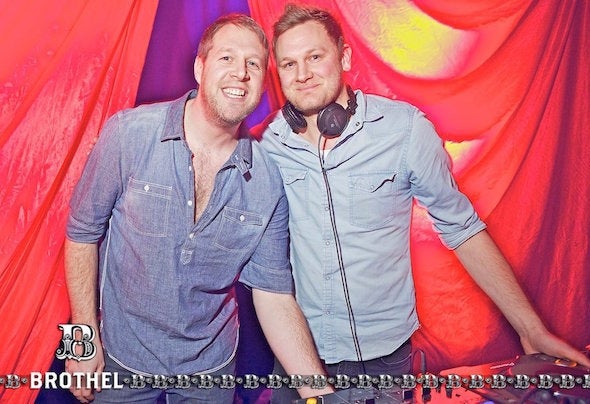 Rhythmic Groove are DJ & Production duo Lee Perry & Ant Willitts from the UK. After releasing their debut single on Mjuzieekal Education in 2012, Rhythmic Groove were signed to it's parent label Mjuzieek Digital Records (Austria) where they have carved out their signature sound and have had a constant release schedule ever since.In 2014, Rhythmic Groove are to release their debut LP on Mjuzieek Digital Records entitled ''Groover's Delite'' which features several tracks from their back catalogue on the label plus brand new tracks.Since bursting on the scene, Rhythmic Groove have had the privilege of producing & remixing some fantastic artists such as Sterling Void, Peter Brown, Angie Brown, DJ Kwest, Rude Vinyl, Jeff Webb of The Nightowls, Luna Avenue (Reza & Timmy Vegas) & have released on labels such as Fogbank, TeddyBear Records, Bahia, Suka Records, & Expanded Records.The future looks bright for this duo, who have also held DJ residencies for brands such as Stereo Sushi, Decadence, Miss Moneypennys, Tantalize to name a few and played to crowds all over the UK & Europe and are now looking to bring their unique sound to dance floors in the USA, ASIA & beyond.