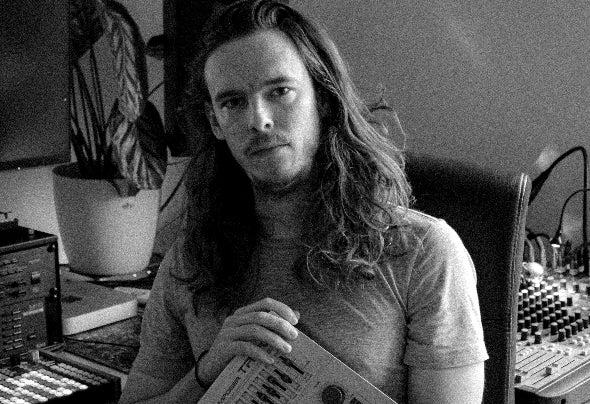 Rawdio (full name: Reinout Van Eycken) started to experiment with music in 2004. He listened to a lot of different electronic music genres and got interested in the way music was made. And he started to make some very basic tracks himself. Then when he thought his music had to be heard he started to produce under the name 'Electrodude'. The genre he was producing was something between Electro and Experimental Techno and House sounds. The first tracks were simple and sometimes contained some samples, but nevertheless, he was learning how to improve his sound. A year later he decided to change his name because he t hought 'Elect rodude' was a bit of an immat ure name. So he took the letters from his first name without the vowels and Elect rodude became 'RNT' (Reinout ). A half year later he became better and better and he also started to DJ to fund his producing career. On a night when he was in a club in Ghent he decided to make more deep and soulful tracks. Like some Deep House- tracks with a fancy beat and some nice synth sounds. But he thought he wasn'tgood enough yet to produce such music. Nevertheless he tried to create some sounds and made some House and Deep House tracks. And step by step he achieved what he was looking for in the music he made. So finally the real Rawdio was born. Rawdio came from the Raw sounds he sometimes used in tracks with an oldskool house feeling. And as he was producing he wanted to create tracks of a certain value, no cheap music. He wanted to create tracks that give you a comfortable feeling while drinking a cockt ail in a quiet bar, but not t oo commercial things. He tried to put his soul and the feeling he had while making the track into the track itself. To create a certain atmosphere, giving the tracks a personal and emotional touch. A nice deep bassline combined with some deep synths to make people dance and letting them have a very nice feeling about the track, the kind of tracks that can bring back memories. Focusing now on House and Deep House (Chicago House, Detroit House, Old Skool House vibes) and sometimes Techno, he gained some respect from other artists. He also entered a remix contest of an Opuswerk-track organized by Coincidence Records, and they asked him if they could release his track 'Subterra'. This was his first release ever! First on vinyl and later digital.Gaining some public attention and some respect from other labels he's now trying to make his dream come true: most of all having fun creating tracks that he loves. He also runs the sublabel of Dubtastic Records: House Cookin' Records, together with 1/3 of the Système Solaar Crew, Jasper Bulckens. Where he can release the music of like minded people.