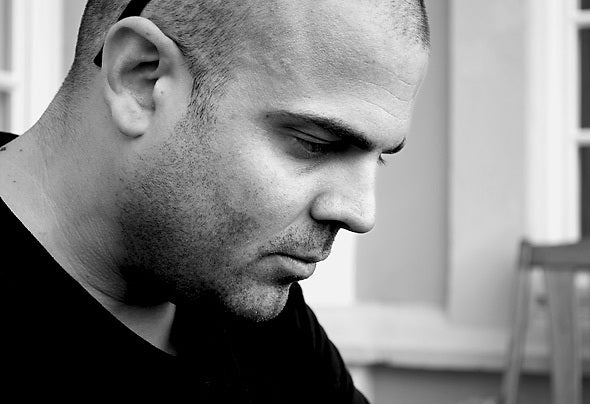 REDWARD also known as EDDY CABRERA, born and raised in Stockholm Sweden, highly topical with its release of the Swedish Deep House Label "Oh! Records Stockholm " and ”Be Adult Music" where Eddy this year released his first EPs' The Dream EP" & "Busbys EP" The Dream climbed quickly and ended up as the top 20 at the world famous record store Traxsource, which also received the support of big DJs like Robert Owens, Chasing Kurt, Sebastian Vogt, Miguel Garji (Ibiza Global Radio) and many Others.At the end of March Eddy's second EP "Busbys" was released on the label ”Be Adult Music" which is run and owned by the guys behind Ibiza's biggest radio station "Ibiza Global Radio" With four hot songs that will be played frequently on the radio station in the summer, Busbys, Being the robot, How Beautiful & It just dont feel the same, are the names of these releases.Eddy Cabrera has since the early 90's played around the world, from Stockholm Sweden to Tenerife, Hong Kong, Singapore, Ibiza, Mallorca, Dubai, Colombia, Luxembourg, and others, and has collaborated with many other DJs and producers. Jerry Ropero is one of them as Eddy works with a lot, which is also one of Eddy's best friends, who is also not entirely unknown to his worldwide hit "Coracao" as remixed by Axwell.In 2008 Eddy released a cover of R.e.m's Losing my religion which he did together superstar producer and DJ Thomas Gold, who got played around the world, with the support of, among others David Guetta, Dimitri Vegas & Like Mike.Eddy was previously a long list of major labels who released his productions and remixes, to name drop a few, Pacha Recordings, Paradise Records, Universal Music, Ministry Of Sound, Joia, Interlabel Label Music.Eddy has many songs in the pipeline that will be released in the summer and autumn of 2017, and it is not over yet, Eddy is working hard every day in the studio, so there will be more, much more!