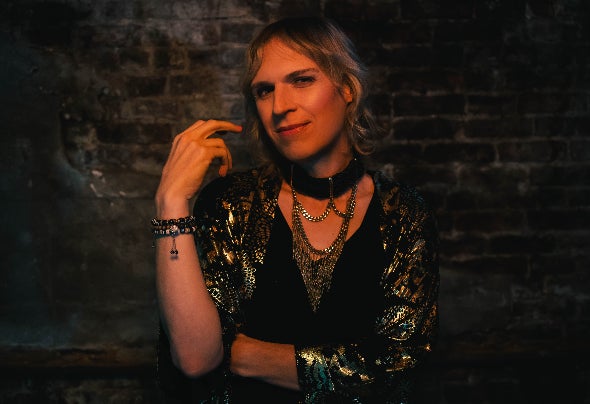 No one knows how to push the boundaries of House music quite like Mz Worthy. With a deeply intuitive understanding of production, she’s shown reverence to the traditional form of classic House even while tripping off the mark & sinking into euphoric, less-charted territories of booty-clapping bass. Attaching “Mz” to her name, Mz Worthy marks the new era of her career. With a new relationship to DJing, she connects with her music and her audience like never before. Despite over two decades in the scene, she continuously felt disconnected from the world and her fans. After years of repressing feelings of gender dysphoria, Mz Worthy came out as transgender in 2020. Describing the discovery as pieces of a puzzle coming together, Mz Worthy has invited her fans to join her on her journey in finding herself. Feeling a sense of freedom like never before, she has become more expressive in her music and mixing. Mz Worthy is no stranger to the world of electronic music. Energized by the early American rave scene, she bounced from city to city before finally landing in San Francisco. It was here that she put down roots and established the Dirtybird party alongside Claude VonStroke & Justin & Christian Martin. She released her breakout track “Irst Te” off Dirtybird records back in 2007, followed up by bangers like “Shy Look” (2012), “Tric Trac” with Eats Everything (2011) and “Dip” (2013). Worthy once again proved her notoriety as a producer with her 2014 debut album, Disbehave. Released off her very own label, Anabatic Records, the critically acclaimed album defies genres and pushes the boundaries of the traditional House sound. She followed the record up with a 2-part remix album, featuring Will Clarke, Walker & Royce, Thugfucker, Stanton Warriors, and Yolanda be Cool among others. She has since released on top labels, such as Defected, Exploited, Insomniac, and Toolroom. Having played the massive Coachella, Dirtybird Campout, Burning Man, and Ultra festivals, Mz Worthy has the insight to play for her audience every time, cultivating intense positive energy and an energetic dance floor camaraderie. She invites her audience to embrace their true selves, just as she is. Open to showing and teaching the trans experience, Mz Worthy is a light for other LGBTQ artists. This is only the beginning for her as she reintroduces herself to the scene.