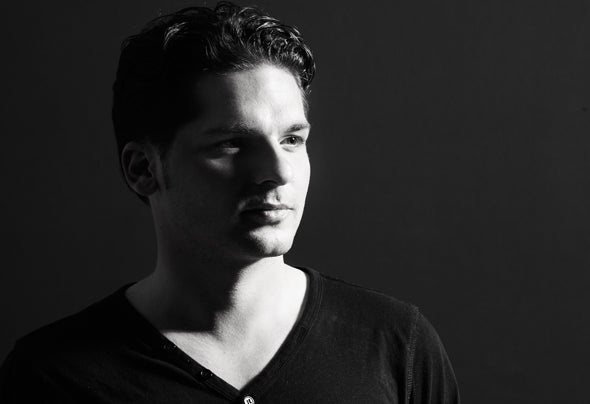 Carlos Russo started already DJing in many private clubs in Switzerland when he was only 13 years old. With the age of 18 years he already was one of the most booked DJs in Switzerland and he played in clubs like Kaufleuten, Pravda Club, Liquid Club, D! Club, OXA, The Loft, Kettenbrücke just to pick out a couple of them.Carlos Russo as a DJ has already played for the most famous event labels of the world, for example Ministry of Sound, in Bed with Space, RED Sessions, Circoloco, Freakish on MTV and played there beside many international Star-DJs!In 2008 he decided to produce his own music because he wanted not only to touch the people during his sets in swiss night life but the world with his own produced music. Focused on that Carlos Russo‘s first single “Massive Joy” in 2008 was a big success for this talented DJ & producer. It has been played by many worldwide radio stations and DJs. This wonderful summer song has also been remixed by famous producers like T homas Gold, Big World & Denis the Menace and more!With his second single called “Endless Love” in 2009 and the remix by Leventina he already stormed the Beatport house charts and has been played in many radio shows like Defected Radio, Toolroom Knights Radio, Release Yourself and more. These two singles has been released by Enormous Tunes Records, Switzerland.After this Carlos Russo founded in 2010 his own Record Label called MJOY Records where he released many new singles with other artist names and begun to grow his label day by day.In September 2011 he released his single called „Wonderland“ on German house leading record label called Housesession. The song with the singer Noe has been remixed by Jason Chance, Matan Caspi, Incognet and more well known producers.In June 2012 he released a further single with the Australian singer Natasha Burnett on the Spanish famous label Sunset Rec. by the one and only Ivan Pica himself. After this many other labels released songs by this talented artist. He's always working on new projects with big artists in the scene and is looking for new good record labels. So stay tuned for the upcoming stuff by this talented Italian native producer & catch him if you can during his DJ-sets.