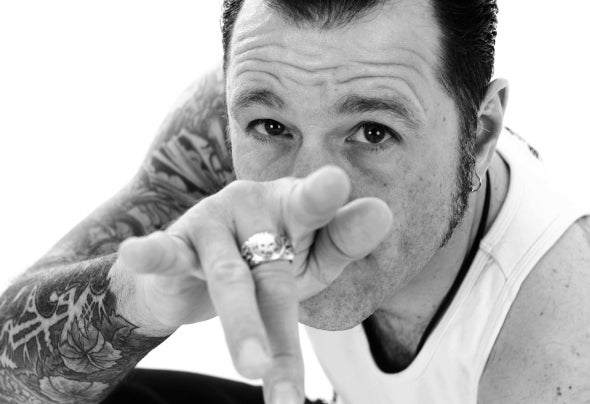 “DJ DAG” is known as the "Godfather of Trance", he gave "the child's name" when he start in 1991 with his Project "Dance 2 Trance". Since that point, he was his definition of Trance always remained faithful. His sound is unique and its reputation is legendary. Dag's DJ career began in 1985 in the "Music Hall" in Frankfurt, other important milestones in his career were the "Club UK /Complex" in London, "1015 Folsom" in San Francisco, the legendary Underground Club "Omen", the "Dorian Gray", "U60311" and "Cocoon" in Frankfurt. All german attention he gained by his early sets at the "HR3 Clubnight", he belongs to their resident DJ´s since 1993. His international „breakthrough” came with the track "P.ower of A.merican N.atives" (Gold Record Award), countless other productions and remixes with his projects, "Dance 2 Trance", "Peyote", "Crazy Malamute", "DJ Dag" and many more followed, since he produced with different partners on different labels, worldwide. DAG is currently with his newest project "The Flowmasterz" at his own label “Mato Music” and as "DJ DAG" himself to be present. Planet Bass Records is proud and looks forward to many new joint projects and tracks and a successful cooperation with the "Godfather of Trance".