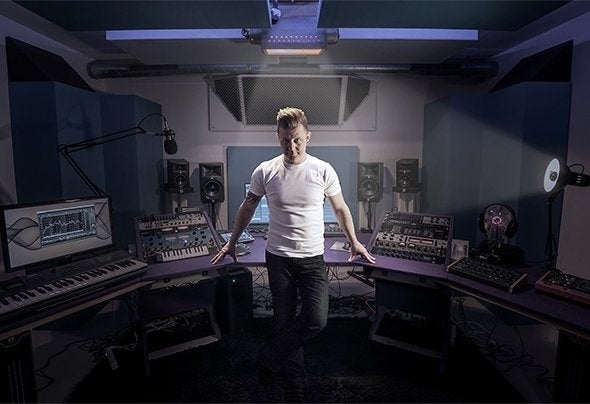 F-Acts love to music is not very surprising as he was already surrounded with music and its technology in his childhood, cause his father was the owner of a music studio. His affection to electronic music roots in his childhood too. The foundation stone was laid when he heard the album "Oxygene" of Jean Michael Jarre. The futuristic sounds are fascinating him until today.He proved his feeling for rythm and music at his first djing at the age of seventeen. Since 1993 F-Act is producing music. His inspirations are taken right out of daily life. 2006 Mental X got attention on F-Act and played some of his tracks in his weekly radio show on the swiss radio station Virus. Since then F-Act released dancefloor oriented tracks on labels like Baroque Records, Limeroads, LuPS, Indigo records, etc. Releases were followed by different visits at radio stations or clubs, where he takes the dancers into his own world with his energetic sets. F-Act is looking into the future and wants to take you with him.