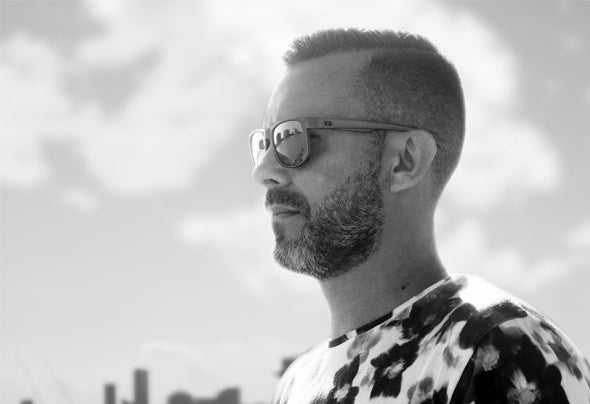 The Portuguese DJ/Producer that is recognized for his Strength, Style and quality is GLENDER and he is well known within the national and international house scene. Glender has a very long experience & has remixed & released for the best labels such as: Stereo Productions, Baroque, Street King, Aenaria, 4Kenzo, TKC Music, Magna, Coraza, Grind Trax.Thanks to his experience and his style he created his own label in 2010 called Niraya Records, where he has consolidated the style that has characterized him in the medium and has given him recognition in his career. Giving opening to new projects with international Djs.The quality of his work and the style that each of his tracks has led him to have participations in several DJs of DJ RAVIN that is recognized its emblematic restaurants "BUDDHA BAR"Added to this is a large number of track being at the top of the Beatport list, such as: PIECE OF HEAVEN, TRIBAL VOICES GLENDER IN JUNGLE MIX, AFRICAN VILLAGE, BOLLYWOOD, ASSYRIAN, FEEL THE DRUMS, YA AMAR, THE HEAVEN, SHIVA, STATES OF MIND, among others. His latest tracks have been positioned within the top 100 sales in Beatport, its is easy to find a track of Glender somewhere on the charts.The creations and their peculiar style gave way to collaborations and remixes with internationally renowned DJs such as: Fedde Le Grand, Tocadisco, Mark Knight, Steve Lawler, Marco Carola, Luciano, Ravin, Dj Chus, DJ Vibe , Carlos Manaça, Dj Boris, Luca Ricci, Eddie Amador.His particular style has led him to perform in prestigious venues as well as festivals, within the music scene from different parts of the world such as: · Dubai in Buddha Bar· Romenia in Galati· Luxembourg in Winter Festival at FACTORY 12· México in “Festival del Corazon” some of the largest festivals with 20,000 attendees.· Portugal in the best Clubs of Lisbon, Porto, Porto and one of the most touristic islands of Portugal known as the small Ibiza and is Acores.