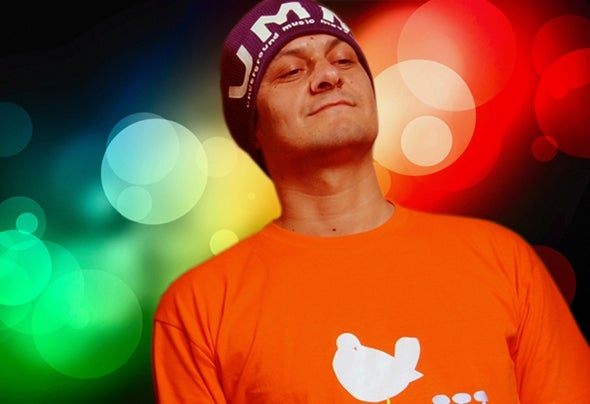 Anthony K. The founder of Rhythm Inside Project, the resident DJ of the legendary City Groove and the favorite kid of Tribal Winds Records of NY. Athens born and based dj and producer, he took his first music lessons on the piano, during his adolescence in early 90's, from his father, a jazz guitarist, but always seemed spellbound by electronic music. After attending many jazz events and being influenced by House music and clubs such as Faz (Athens), in 1992 he started spinning records from party to party. He started his musical productions back in 2000 by releasing his first "White label" vinyl in limited copies and making remixes for friends such as D-Vision & Sunsual's "A better place" and Influence's "The Promise". His HOUSE sound is a unique blend style of afro rhythms, disco influences, political lyrics, eclectic vocals and full band recordings. He appears on Tribal Winds NY, Melomania Records Canada, The Sound of Everything Greece, Klam Records Los Angeles. His own first album will be named "Working Home" and it will be a collection of personal past and future tracks. This album will be a mix of nu jazz, afro beats, future disco and House music. Djing for two decades, there's nothing you can say he is not involved to. From Music productions to Live Band Performances, Anthony was always looking at the quality side of music. Today, you will find Anthony playing music for the best venues in Athens and performing live house music with his new project: "Rhythm Inside Project". A musical live act which weaves a dj set with a live band performance. A two hours nonstop House music audio streaming performed by a DJ (himself), five additional musicians and a singer. This project launched with this specific name, in January of 2009. Anthony is turning now Rhythm Inside Project into a music tree in order to expand its brunches to live acts, music productions and a record label. His two first releases on Rhythm Inside Records (and Rhythm Inside's first releases) are under the name of "Ritmo Dentro" (the Spanish words for "Rhythm Inside") and the "The Story". Anthony still believes in music’s values and provoking its quality.