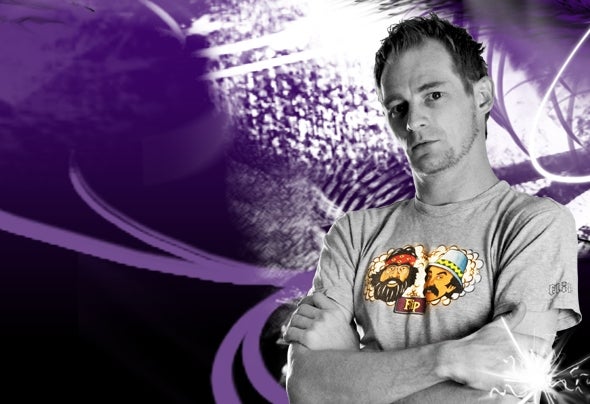 Marc Fisher, DJ and producer from Düsseldorf / Germany, can be found in clubs all over the world. You can follow his music from UK, Ukraine, Russia and Belarus in the east over to Ministry of Sound in London, through Germany via Pacha and Cream to Gran Canaria and Mallorca, Turkey to Tel Aviv in Israel . In summer 2007 he was invited first time to the KaZantip festival in Ukraine and rocked the crowds with his energetic, pumping yet sophisticated electronic sets, which instantly gained him recognition throughout Eastern Europe and play every year on the Kazantip festival. He always dealt with music: In his younger days Marc used to play drums. In 1995 he started his career as a DJ in clubs around his hometown Bielefeld (Germany). First residency was the seminal club project in Bielefeld, many more were to follow, such as the prestigious Elephant Club. After this he opened his first own club called Fahrenheit near Bielefeld.During his career Marc Fisher has shared the turntables with the world's top DJs such as Armand van Helden, Eric Morillo, Roger Sanchez, Timo Maas, Eric Prydz, Axwell, Steve Angello, Bad Boy Bill and many others. In 2004 he started to work as a producer and had several releases under the names Mister Twister / M. Fisher / Groove Cowboys and his Project Fisher & Fiebak . Especially his project House Connection had a great success and made it with three tracks to the no. 1 spot in the sales charts of web-records-com, Europe's biggest vinyl retailer, and became one of the bestselling tracks of the season. As well, he was quite successful with remixes on Sebastian Ingrosso, Eric Prydz, Steve Angello, Bad Boy Bill, Mariah Carey, Joachim Garraud, Damien J. Carter, Markus Binapfl aka Big World, Mark Knight, Funkagenda, Stefano Noferini, Richard Dinsdale, Davidson Ospina, Oscar P, Junkdna, Barbara Tucker, DBN and many others. He collaborated with artists like George Morel, Superfunk, Junior Vasquez, dA frESh and Tocadisco. His sounds are on labels like Starlight Records, Subliminal, Blacklist, Hotfingers, Strictly Rhythm, Tiger Records, Doorn Records, Oxyd Records, Groove On, Nervous Records, Doorn Records,Open Bar, Ospina Music, Pacha Recordings,Riseup Records and many more.