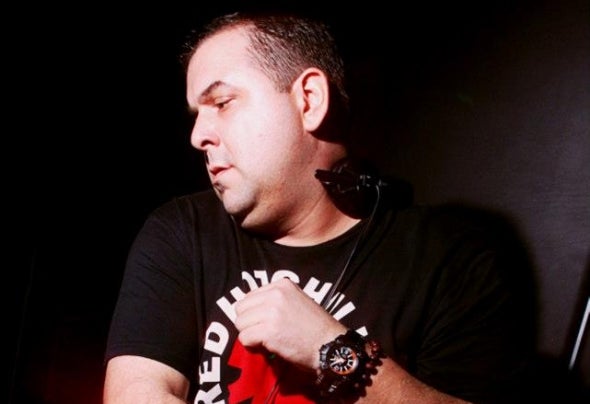 Pav Parrotte (Plastic City/Celestial/Over/Asia Music)Pav, from the UK but has been based out in Manila since 2006, an uncompromising DJ with more than 20 years under his belt behind the decks. He has built a reputation as one of Manila’s leading underground House and Techno DJs with his dedication to the craft never failing. He strives to deliver a fresh set each and every time he plays and is continuously updating his music library in search of the most exclusive tunes to go into that perfect set. Pav’s sets can be described anywhere from deep and sultry to dark and sinister with a techy element always shining through. Pav takes his influences from a wide range of acts and artists but his sound is distinctly Pav’s sound.A regular on the Philippines circuit and has played in the deepest and darkest corners of the country, from tropical island hideaways to bustling metropolis clubs. Pav has played alongside and opened or closed for the likes of SLAM, Secret Cinema, Jazzanova, Dirt Crew, Guti, Darren Emerson, Xhin, DJ Bone, Frank Mueller, Ramon Tapia, KiNK ...we could go on but you get the drift. He has also played extensively across the UK from London to Liverpool and it was in Liverpool as a youngster that Pav first felt the urge to get behind the decks and it was from here that his love for the scene developed.In 2008, Pav along with his best mate, Ryan Pamatmat, co- founded the production team Frequency Manila. At Frequency, in Manila they concentrate on their monthly event called BOOM TCHACK which showcases the best underground House and Techno acts from around the globe.In 2009, after the demise of Manila’s last remaining underground club, Warehouse 135 where Pav held a residency, there was nowhere left to go to either get or to deliver a fix of that much desired underground music with the friendly unpretentious vibe.And so he joined forces with 2 stalwarts of Manila’s nightlife scene and the idea of "TIME in Manila" was born.....2 years later in early 2011 they opened the doors to the public and the venue, which is Manila’s only provider of underground music, has been steadily gaining a reputation as one of Asia’s leading underground clubs. Pav as well as being a major partner in this venture is also the Director of Music and one of the clubs resident DJs. Pav has been in the studio for a few years now abut only recently has he been satisfied enough to get his tracks out. He likes to be able to play what he produces so his tracks will always fit somewhere into his set. His attention to details with his production techniques are sometimes quite OC but it is his drive to deliver quality timeless tracks rather than quick dance floor anthems that drives his ambition to stay in the studio and better himself. His productions have received a lot of support form the international scene but it was his collaboration on the "Return" EP with Ryan Pamatmat that brought the most exposure with one of the tracks being given air play by John Digweed on his Transitions Radio Show.Pav is signed with Over Recordings and Celestial Recordings and is making his debut on Plastic City in June 2013 with the "Jog On!" EP which contains 3 tracks written by Pav and Ryan Pamatmat titled "Jog On!", "Do One!" and "Bropomofo". You can expect more, Pav is very busy in the studio and has some gems that he is finishing off and preparing for release.Pav has also recently joined Asia Music (an Asian based House and Techno label) as a Partner and Director of Music and Business Development...big things are expected of Asia Music over the next couple of years so keep your ears open for that as well as some more solid productions from Pav.