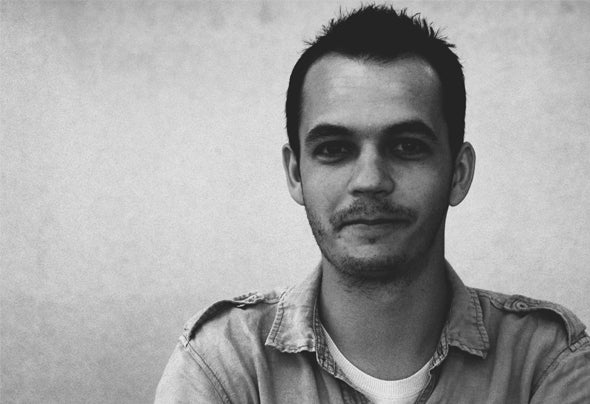 Addex is a solo project from Romania. His sound is atmospheric deep house with summer sounds, dubby chords, heavy pads and with grooving bongo percussion. Began listening electronic music at age of 10, and with years, many various genres was capture his attention wich was an inspiration and a study case. In 2005 he decided to produce different styles of electronic music, including Lounge and Down-Tempo. In 2007 he signed for his first release. Influenced by big artists such as Depeche Mode, Royksopp, Faithless, The Timewriter, Toka Project, Terry Lee Brown Jr., The Rurals et c., Addex creat ed his own sound and is able to translate his thoughts andemot ions int o everyproduct ion and remix. Remixed for many artists like Andrew Chibale, Terry Lee Brown Jr., Greg Parker, The Messenger ,Da Funk, Onionz, Marvin Zeyss, Evren Ulusoy, Jon Silva, Hakan Libdo, etc. He released his music on labels like Acryl Music, Soul Industries, Etoka Records, Solid Fabric Rec, Manuscript Rec, LoveZone Records, Loco Records, Plastic City, I Records, etc., delivering an unique vibe and quality for each release and remix. The first EP ‘Fireworks’ was released in January of 2008 on record label Emotive Vibes. This was the begin of Addex producing deep tracks. Follow by numerous collaborations, charted tracks, the next releases are series of newly and refreshing tunes. Uses aliases such as Openzone Bar for his relaxing Lounge sound. A café mood using sensual elements and styles taken from Ambient, Lounge, Dub or Trip-Hop genre. The First EP using this alias was “Art Of Perception” and it marked the start in forthcoming calm Down-Tempo singles. He released “The Tourist” ,first album with Openzone Bar including 14 relaxing tracks, on the Daredo sublabel Parasol Phonothéque. Another used alias is The Urban District with a Deep House, Tech- minimalistic sound. The first EP ‘Getting Closer’ was released in June 2009 on NightChild Records and it received good feedback from many DJ’s and producers around the world. Delivering four Deep House tracks, the EP embrace the elements of Jazz combined with Deep House style. “Orion Destination” is the first album with this alias, with 11 deep tracks signed on the same label. In the Spring his first album ‘Emblematic Soul’ was born, released on Solid Fabric Recordings. With this album he managed to embrace his Deep-Tech-House sound and produced 12 tracks. Soon, on 14 May, ‘Elmblematic Soul Remixed’ was released including 10 quality tunes and 2 bonus tracks. 2010 is the year were ”Moments In Timeless Strings” was born. The album moves smoothly through various shades of deep house and electronica. It is both engaging and atmospheric, warm and original, with a subtle nod to early electronic pioneers such as Vangelis. From dreamy keys and ethereal vocals, through introspective interludes, to Uber-cool deep house, t his album is t he work of an original and invent ive producer at the top of his game.