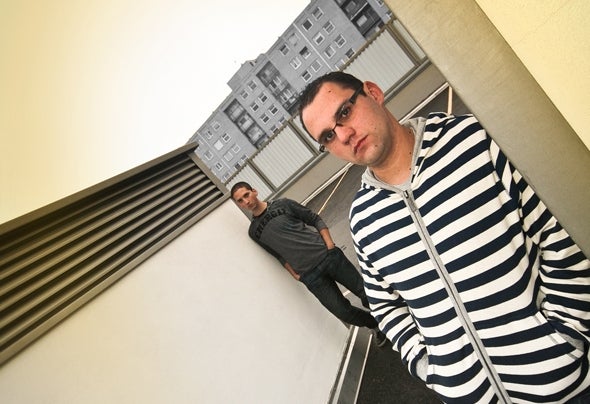 Moti Brothers is the project of Norbert Motolai, and Daniel Motolai. Their tracks are played and supported by the biggest names of the music industry, including Roger Sanchez, Nick Warren, Hernan Cattaneo, Jody Wisternoff, Dj Tarkan, and many more. They had the chance to play in the Hungarian Justmusic.fm, and in the Globalparty.hu, and they had also the opportunity to play on some party series in Hungary, like the Meeting & Mission, Overnight Electronic,. A few details about the members: Norbert, also known Nortio, was getting into the music business 8 years ago. His first track “Nortio – pure” was released on the compilation disc of FREEE mag. Later his brother Daniel also joined him, and to start his career, he got huge help from Norbert. Their collaboration is now six year old. 2007 brought huge changes, because the American label, SoundTribe records gave a contract for the guys. In 2008, the Canadian label Existence Records was signing them for an artist album, which was containing 10 own tracks. On the first half of the year, the album appeared at the market with the name, Chemistry. The album has grabbed the attention of Nick Warren, Jody Wisternoff, and Lemon 8. Later their new album I Love Budapest was released by the Readymix records. In the second half of the year, their label, Sountribe records, was asking the guys to compile some tracks for a mix series, called Soundtribe Harmonies. Not so later they have been asked by the Greek label, Deepsession records, to make a remix for Paul Mad’s track. But music producing is not their only profile. In the same year, they have been starting their own radio show, „Hungarian Harmonies” on Inside.fm, Argentina. They had another radio show called Pure Harmonies, on Pure.fm. 2011 Mae In Hungary Artist Album for Readymix Records.