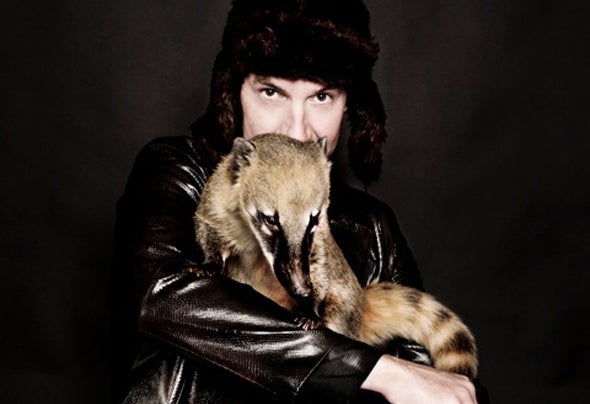 Sven Dohse – both legend and local hero alike. Ask anyone located in Hamburg and Northern Germany and having embraced Techno and related electronic club music around the mid-90s about this man and you will get rave reviews of underground clubs, semi- or illegal festivals and legendary sets enlightening and inspiring, spreading the message of a perfectly blended, neverending flow of 4/4 bassdrums.Ask anyone in his new hometown Berlin, the place Sven Dohse re-located himself to in the noughties, attending places like Ritter Butzke, Kater Holzig and the world-famous Bar 25, a place he played the first ever record that came through their P.A system, or event series like Bachstelzen or Klangsucht and you‘ll hear the stories written in the same key but with a different sound which is the new sound of Berlin that is not only his passion but – partly – his creation as Sven Dohse is one of the cities key figures, ever active albeit not ever in the spotlight of media attention. Dedicated to music as well politics and charity, regularly playing charity events for a good purpose, weighing in with his name and popularity for support. Not to mention big scale festivals like Fusion or Nation Of Gondwana – both of them and all of their attendess celebrating his DJ-sets like huge homecoming fests as he‘s been involved in their history from day dot – and international appearances in places like Stockholm, Zurich, Istanbul and all over the place.With such a firm and staunch followship standing strong and worshipping his skills and vibes spread with love and dedications whenever he‘s on the decks it‘s surely time for the next step. And it is true that his Don Shtone track „Barcese“ being signed to the soundtrack of the highly acclaimed Bar 25 documentary „Bar 25 – Tage Ausserhalb Der Zeit“ and his DJ-sets supporting the Bar 25 showcase tour are only the first rays of light announcing a new dawn, the rise of a new era - the era of Prestige Weltweit. A name carefully chosen and perfectly convenient with the cliche of the well-busy, widely travelled and hyper- hedonistic DJ-lifestyle of today that makes „being a DJ“ not only a job option but the dream of every kid beyond the age of 7 these days that outnumbers „being in a band“ by far. Sven Dohse has been a part of the travelling rat pack for years, has wowed thousands and thousands of people with massive DJ-sets and still found the time to hit knobs and machines of his studio regularly, building a foundation for what shall be recognized as the sound of Prestige Weltweit – his own label, a place for his very personal musical visions, his homebase and his castle, being the leading artist with no borders to his overflowing creativity.The first two releases of Prestige Weltweit are scheduled for late 2012 serving a refined and retuned view on todays TechHouse and related club music with a special playful twist, influenced by endless Berlin nights and his playful excursions into freestyle realms. You can tell that this man is on fire, ready to take the world by storm - with quality and understatement. These terms always played an important role in his productions from the early 90s onwards when Sven Dohse started early projects such as Emojonal, Nordreform Sound System or Greenman under which moniker he also released his first long player. From the mid-90s onwards he also explored the musical realms of Downtempo / Future Jazz and Freestyle Breakbeats alongside Malte Moller a.k.a.Waldmeista under the Conzooma-moniker, later focusing on these styles with his solo project Don Shtone which was introduced to the world in the year 2000 with the album „Serious Fool Music“ on Cylence Records, followed by the next long player „Beware Of The Cat“ released via Off in 2007 whilst he was embracing quality TechHouse with quality 12“es under his real name released via Red Eyes Records and Hamburgs Paloma Recordings.