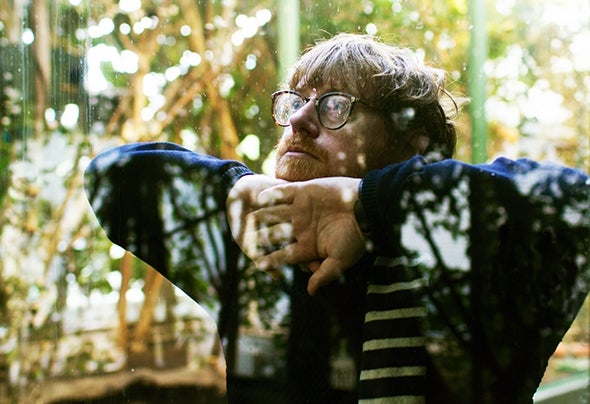 Born in 1979 in Nakskov, a small town in Southern Denmark, Bellens has written songs since the age of 13 resulting in a huge output of material. He has released albums in various constellations since 2004, including three albums with the duo-project Murder, four albums as lead vocalist in I Got You On Tape and two solo albums, The Daisy Age (Wind Some Lose Some, 2012) and My Convictions (A Spot in the Sun, 2014). In 2013 Jacob Bellens and fellow Copenhagen songwriters Fridolin Nordsøe and Kristian Leth wrote the theme song for one of the big national TV series of the year (Dicte) and Jacob is also one half of the duo Goblins alongside Lars Iversen from The Asteroids Galaxy Tour whose track “Heartbreak City” has been all over Denmark’s P6 Beat radio station this summer. In 2011, Bellens won the Danish music critics’ award Steppeulven for Singer of The Year and, with I Got You On Tape, also the prestigious P3 Guld award from the national Danish radio. Both Murder and I Got You On Tape, as well as his collaboration with Kasper Bjørke, has grabbed several Danish Music Award nominations. Jacob has played hundreds of shows including festivals like SXSW, Roskilde Festival, Eurosonic, By:Larm, Reeperbahn Festival, GLIMPS and many more.His latest album “Polyester Skin” was released in February 2016.