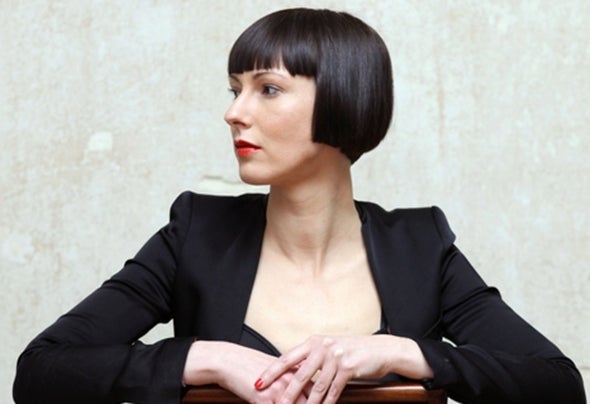 Eva Be embodies the sound of that city like no other artist. Effortless, she elegantly moves between genres like Dub, House or any other urban electronic style. The “First Lady of Dub, House & Techno”, that’s what she’s called by true Berliners. And she stays true to her nick name: from deep House sounds over hypnotic Dub tunes crossing smart Techno with a dash of Detroit – within her DJ sets and productions she delivers a mixed bag of high quality sound.She has carved a niche for herself on the electronic club music scene as both a producer and a DJ with her distinctive and elegant flair. Expect no less than the best when Berlin’s “First Lady of Dub, House & Techno” takes to the turntables.It’s no surprise that Eva Be ended up in the music business: as the daughter of a sound technician she spent a large part of her childhood at concerts or exploring her dad’s record cabinet; she grew up surrounded by music. The native Berliner found like-minded musical enthusiasts in the creative environment of the Jazzanova team and joined the internationally renowned Sonar Kollektiv in 2000. She released her first record with the label in 2002.Since then Eva Be has been a key figure in Berlin’s club culture, both a producer and DJ. And her influence does not stop there – she has spun tunes and filled dance floors worldwide.Today she is represented by Daniel W. Best (Best Works Records / G.I.Disco), alongside a host of other big name DJs and artists, such as André Lodemann, Trickski, DJ Clé, Alexander Barck, Jazzanova and Kyodai.