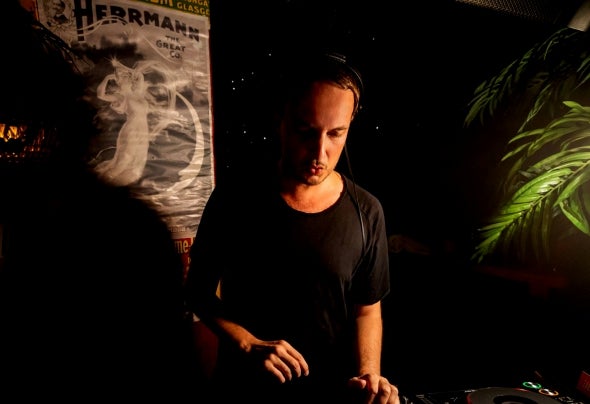 youANDme is deeply engrained in the German electronic music world and especially the international Berlin club scene. Not only is he in the heart of the bohemian capital for techno, he also serves a greater role as its artery, pumping blood through its veins with his labels as the valves. This has made him international transplants, playing gigs and festivals around the world in cultural hubs like New York, Chicago, London, Paris, Amsterdam, Moscow, Tel Aviv, Singapore, Shanghai, Beijing, Bangkok, Kuala Lumpur, Las Vegas, Sydney, Melbourne and Seoul. He has been in demand by top brands such as Space Ibiza, Sonar Festival in Barcelona, KaZantip Festival in Crimea, Epizode Festival in Vietnam, Panorama Bar / Berghain in Berlin, D-Edge in Sao Paulo and many more. As the owner of Rotary Cocktail Recordings, Polymorph, CUTZ.ME, and three other mysterious imprints, he provides a steady flow of music and talent from Germany to the rest of the world. As DJ and producer, his music runs inherently deep, with a raw and kicking signature. The ideas of funk and soul serve as its backbone across styles like house, techno, dub, and electronica. Some of today's most recognized labels have taken note, with youANDme releases making their way onto Cocoon, Rekids, Pokerflat, Desolat, Compost, Drumpoet Community, Rebirth, and more bespoke efforts like Ornaments or Mule Musiq. Apart from original productions, he is also well known for his remixes and edits, having done official work for original house music heroes like Moodymann, Robert Owens, and Paul Johnson or contemporary powerhouses such as Radio Slave, Seth Troxler, Steve Bug, Timo Maas and Lawrence. Whether through his productions, labels, or gigs, youANDme has proven that, with a little bit of heart, and a lot of soul, doors will open, crowds will come, dance floors will fill, and the speakers will pound for these ambassadors of their city, country, and the music as a whole. (words by Austen van der Bleek )